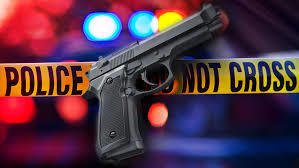 The Iowa Division of Criminal Investigation (DCI) has identified the subjects involved in the officer-involved shooting in Webster City.

Darwin Barnett Foy, age 35, of Fort Dodge, was identified as the deceased subject who barricaded himself inside the residence.  An autopsy will be conducted on Foy by the Iowa State Medical Examiner’s Office.

The three Iowa State Troopers involved include Sergeant James Smith, Trooper Tyrel Williamson and Trooper Jeremy Schaffer.  All three are members of the Iowa State Patrol Tactical Team and have been placed on administrative leave according to DPS Policy.

This incident remains under investigation.  The results of the investigation and the report of the Iowa State Medical Examiner’s Office will be forwarded to the Hamilton County Attorney when it is completed.

Private family services For Foy will be held at later date. Laufersweiler-Sievers Funeral Home & Cremation Services of Fort Dodge is serving the family.