2 Charged In Iowa Assault That NAACP Says Was Racist 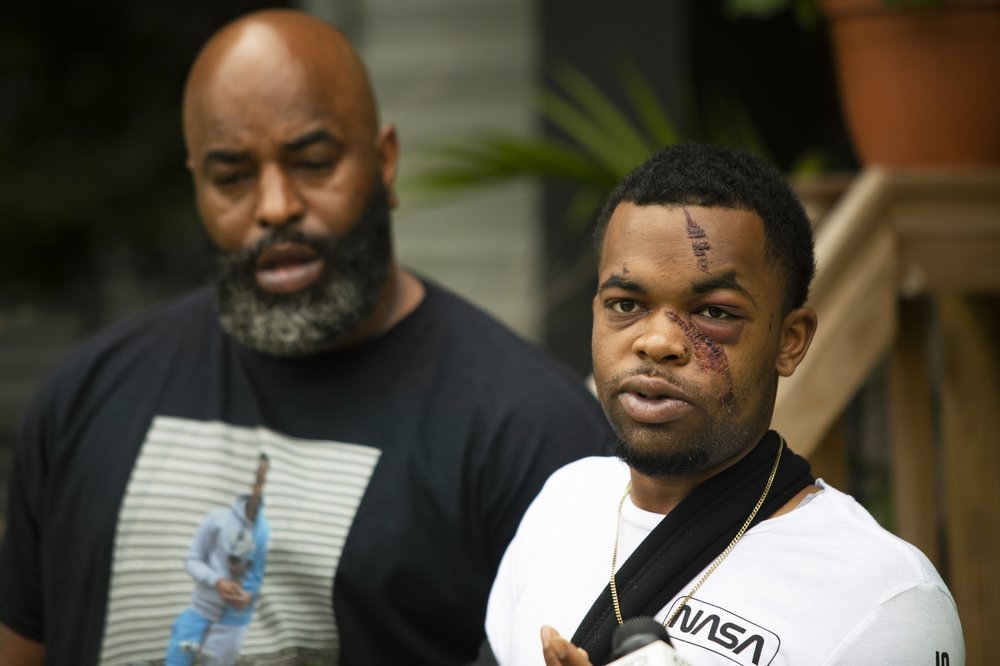 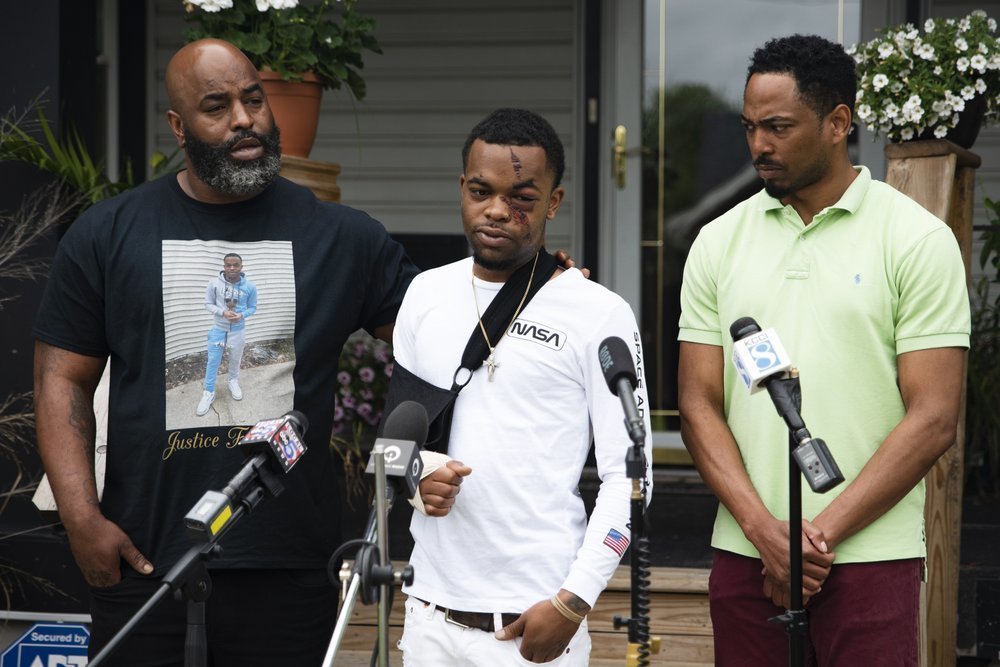 In this Tuesday, May 19, 2020 photo, DarQuan Jones speaks alongside his father Daryl Jones Jr., left, and president of the Des Moines NAACP chapter Kameron Middlebrooks, right, during a press conference in Des Moines, Iowa. Jones, 22, was assaulted by three white men in the early morning of May 16 in a racially motivated attack, resulting in five facial fractures and a broken wrist. Jones said there was an attempt to drown him in a nearby creek, and at least one perpetrator repeatedly used racial slurs. As of Friday, June 19, 2020,, one suspect has been arrested and one additional warrant issued for arrest. (Olivia Sun/The Des Moines Register via AP )

DES MOINES, Iowa (AP) — Two white men have been arrested in an assault so severe that the 22-year-old black victim believed he was about to be killed. The NAACP has said the attack in Des Moines was racially motivated.

Police reports said Millard “made admissions” to the assault, which began near his property. Tim Duffy, an attorney for Millard, told The Associated Press that his client would plead not guilty and stressed that he wasn’t charged with a hate crime. It wasn’t immediately clear if Downs had an attorney.

DarQuan Jones told the Des Moines Register that he was on his way to his girlfriend’s house around 3:25 a.m. May 16 when at least two white men who appeared to be intoxicated attacked him, accusing him of trying to break into a nearby home. He said the suspects, whom he didn’t know, yelled racial slurs throughout the assault.

He suffered multiple facial fractures, a broken wrist and other injuries that required 10 stitches. He said he was choked, punched multiple times and dragged to a creek where his head was held underwater.

“When they started dragging me to the creek, I thought it was over for me,” DarQuan Jones recalled. “The only thing that was in my head was, ‘They’re going to kill me.’”

DarQuan Jones said he heard a gun being cocked before two women who had heard his screams from a nearby apartment, went outside to see what was going on. He said once the women arrived, the suspects yelled racial slurs at them and ran away.

Jones’ father, Daryl Jones Jr., and the NAACP of Des Moines said during a news conference a day after the assault that they expected hate crime charges to be filed if detectives determine the assault was fueled by racism.

Parizek told the AP that the nature of the comments suggest race played a role but that there was no evidence to establish race as the primary motive, which is a requirement to file a hate crime charge in Iowa. He said previously that the victim indicated he thought it might have been a case of mistaken identity.

Kameron Middlebrooks, president of the NAACP in Des Moines, told the AP that charging the assault as a hate crime wouldn’t have carried as stiff a punishment as the charge that prosecutors filed, which carries a sentence of up to 10 years in prison. He said the group is now working with lawmakers to beef up the state’s hate crime law.

“What was done to him is abhorrent and it shouldn’t have happened to anyone,” he said. “To add the racial overtones is appalling.”