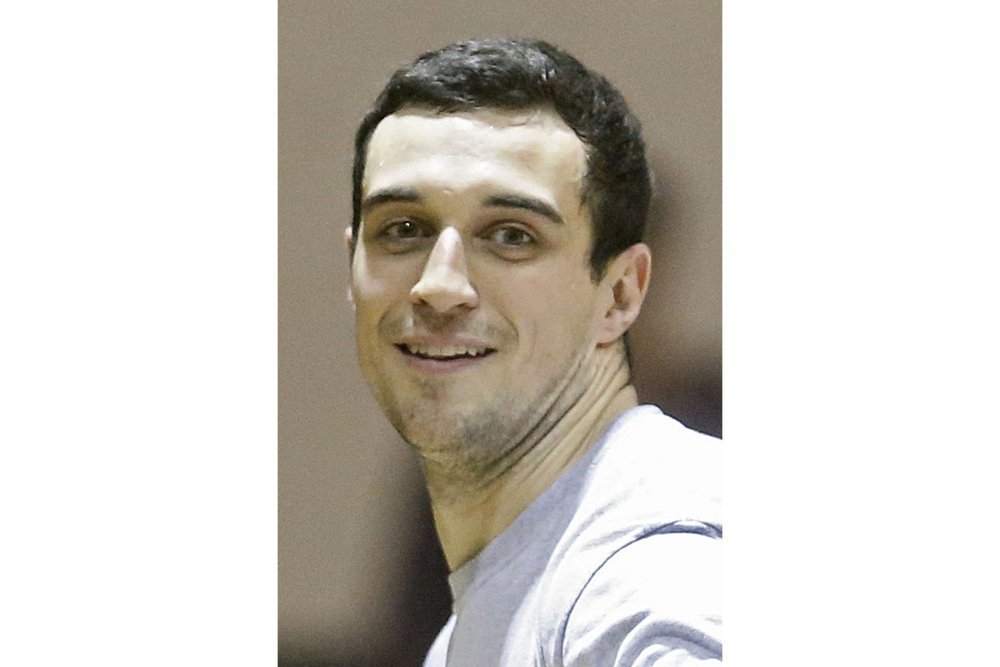 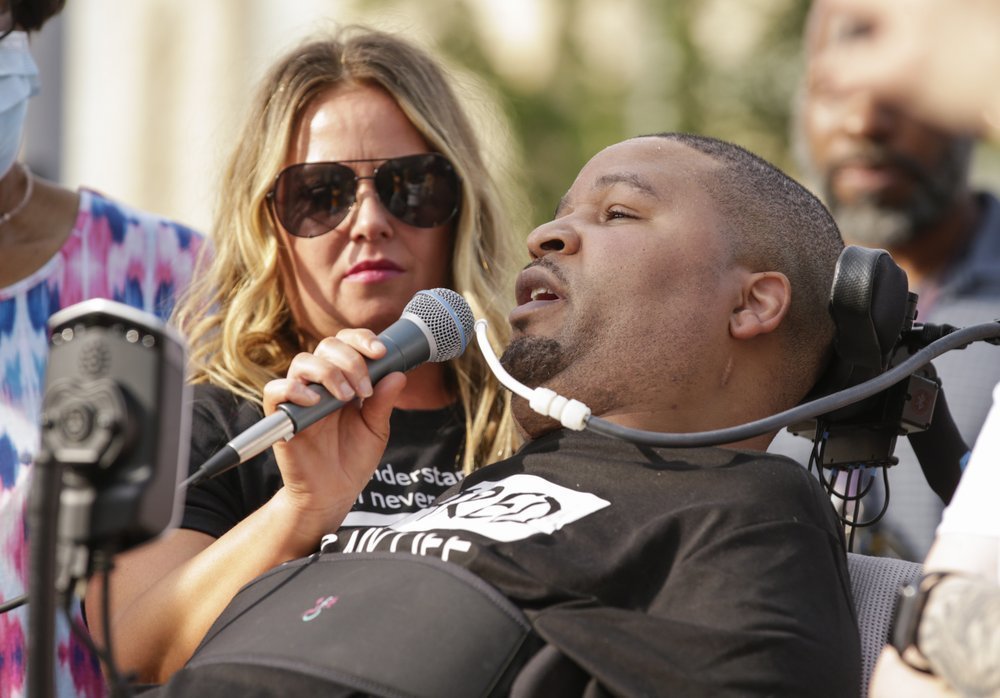 In a Saturday, June 6, 2020 photo, Jerime Mitchell speaks to the crowd as his wife Bracken holds the microphone during a protest against police brutality at Greene Square in Cedar Rapids, Iowa. Department spokesman Greg Beulow says Sgt. Lucas Jones was dismissed Thursday, June 18, 2020 following an internal investigation. It wasn’t immediately clear whether the investigation was linked to the shooting of Jerime Mitchell during a traffic stop in November 2016. (Jim Slosiarek/The Gazette via AP)

Sgt. Lucas Jones was dismissed following an internal investigation that began in February, department spokesman Greg Buelow said. It wasn’t immediately clear whether the investigation was linked to the shooting of Jerime Mitchell during a traffic stop in November 2016.

Jones pulled Mitchell over because the license plate lights on his pickup truck were out. Cedar Rapids police video showed Mitchell driving away from the traffic stop with Jones caught in the door of his truck. Jones said he ordered Mitchell to stop before shooting him.

After the shooting, officers found a pound of marijuana in the truck, but Mitchell was never charged. Mitchell has offered a different account of the events that led to the shooting, and he has said Jones was aggressive during the confrontation.

A grand jury declined to charge Jones in the shooting, and Mitchell filed a lawsuit citing negligence and excessive force that is still pending. Cedar Rapids police officials have declined to discuss the lawsuit.

Last weekend, demonstrators in Cedar Rapids protesting the killing of George Floyd in Minneapolis and other police violence against minorities called for Jones to be fired.

Jones had been on administrative leave since early May. It wasn’t immediately clear what prompted the investigation because the department did not provide details about why he was fired.

“I think we should all know why he was fired,” Henningsen said. “When you chose to be a public officer, I think disclosure ought to be the norm in the context of anything you do that relates to the policies and procedures of that job.”