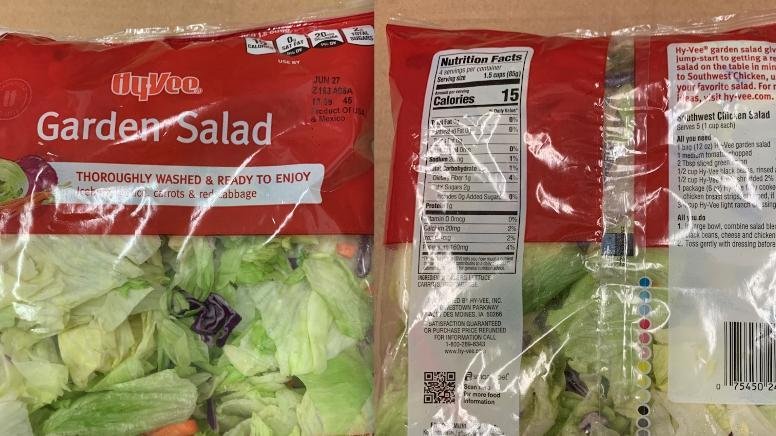 The Food and Drug Administration issued the alert that bagged salad mixes labeled as “garden salad” from Hy-Vee, Aldi, and Jewel-Osco should not be eaten. Investigators believe that a multi-state outbreak of cyclospora illnesses could be tied to the products. The recommendation is only for the products specifically called garden salad, containing iceberg lettuce, red cabbage, and carrots. Other varieties of bagged salads are not included.

The Iowa Department of Public Health said that 58 cases of illness from cyclospora, a microscopic parasite, have been reported in the state so far.

Symptoms usually develop after about a week, and can manifest as diarrhea, loss of appetite, weight loss, stomach cramps, bloating, gas, nausea, and fatigue. Vomiting, body aches, headache, and fever are also possible symptoms, according to the Centers for Disease Control and Prevention.

FDA investigators are conducting further analysis of the products along with tracing suppliers and distribution paths to discover the origins of the contamination.