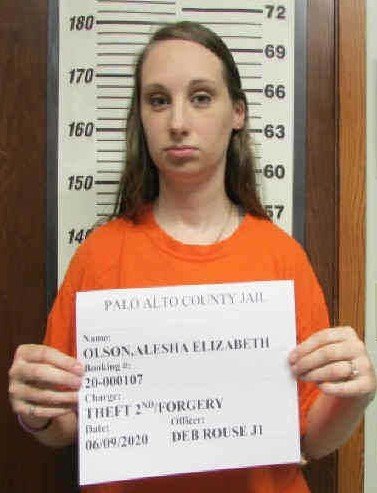 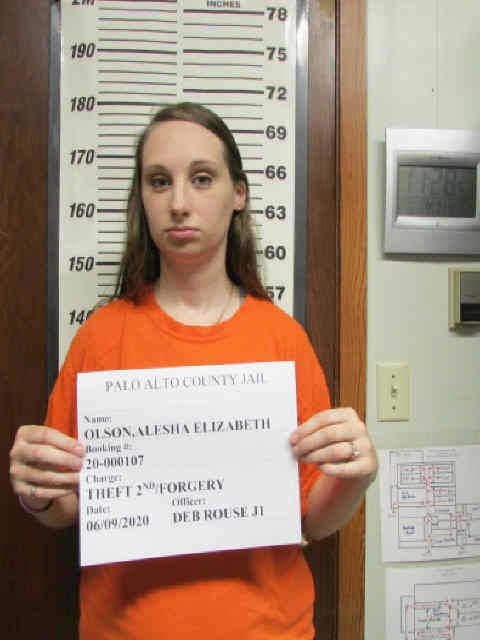 OlsonOlson is charged with second-degree theft and forgery. State Auditor Rob Sand conducted a special investigation and says Olson resigned in January of this year after her (Tye) husband was not re-elected as mayor.

“In February city officials saw that the federal tax returns have not been filed for the city for the whole time that the city clerk was employed there. And so while we were trying to work on that — they realized that some excessive payments had been made to the former city clerk,” Sand says.

Sand says the audit also found money spent on a Christmas party for her and her husband and city council members. He says there was less than $1,000 spent on the Christmas party and around $9,900  in improper disbursement to the former the city clerk. Sand says when his staff directly asked Olson if she increased the frequency of the payments she issued to herself because she had the ability to do that and could get away with it, her response was “yeah.”

He says city officials did not implement control recommendations made by the CPA firm that issued a report after examining Ayrshire’s financial transactions in December 2018. Olson is also now charged with forgery for allegedly forging the new city clerk’s name on April 1st on an IPERS form.