Invisible Virus, Invisible Fear: How To Navigate The Unseen? 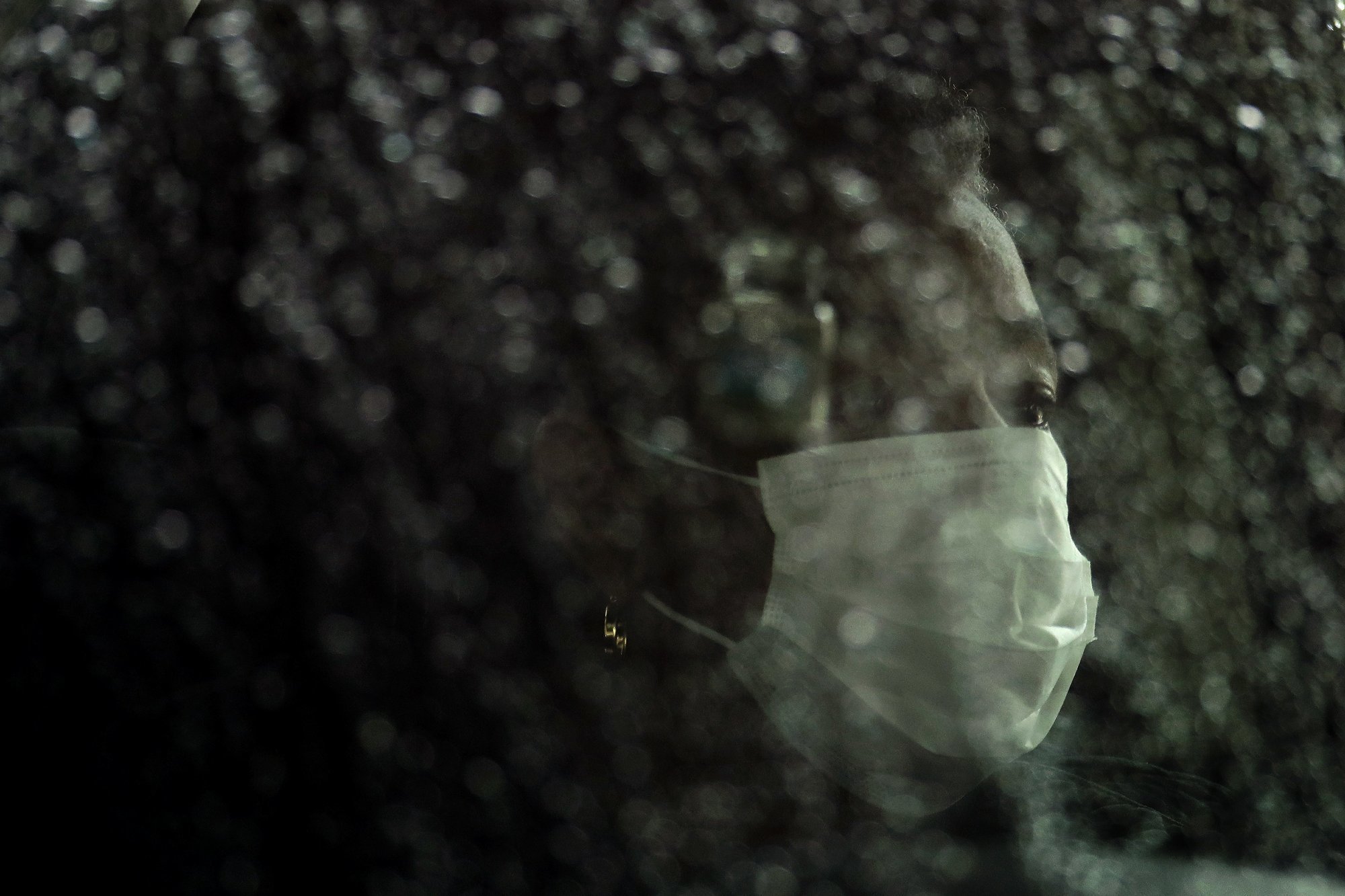 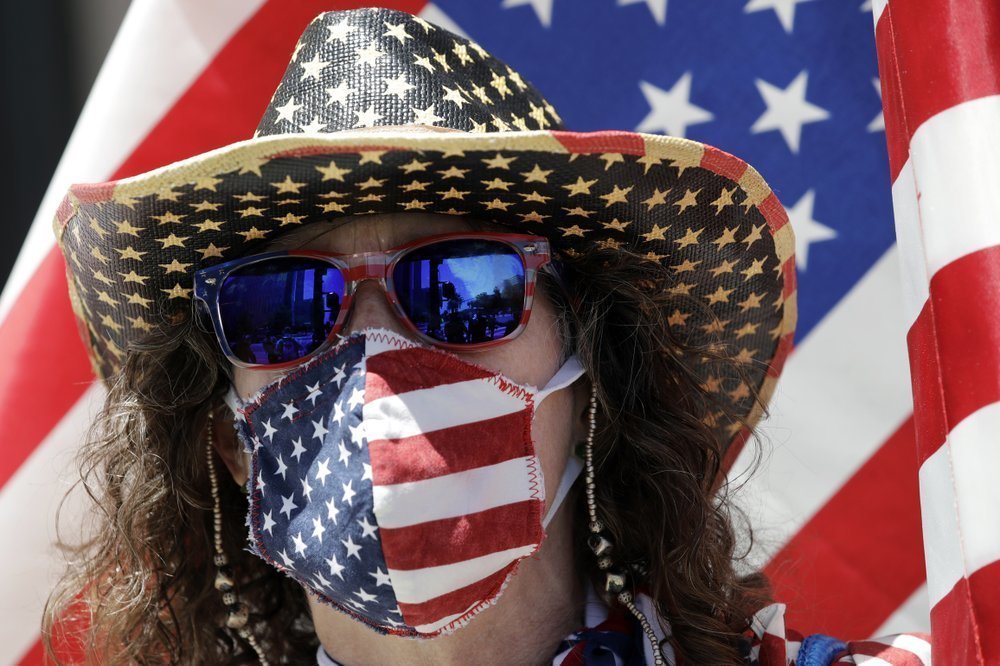 In this April 22, 2020, photo, a protester wears a mask during a rally calling for an end to Gov. Gavin Newsom's stay-at-home orders amid the COVID-19 pandemic, outside of city hall in downtown Los Angeles. (AP Photo/Marcio Jose Sanchez)

(AP) - Back in the early 20th century, the baseball pitcher Walter Johnson confounded opposing batters by throwing the fastest fastball they’d ever seen. “You can’t hit what you can’t see,” they would say.

A century later, it’s an apt saying for those navigating this unusual moment.

The surreptitious and the invisible are defining the human landscape during these weeks in ways we are only barely beginning to understand. There is, of course, a fast-moving and elusive new virus. But the attitudes and fears that have emerged in the battle against it can be equally unsettling.

Now the entire world — its physical well-being, its economy, its people’s livelihoods — is being upended by something unseen and aggressive and hard to avoid. Is it any wonder that unease and disorientation are the result?

“There’s this invisible threat of a virus, but then there are visible threats of me losing my job or my livelihood or the economic shutdown or my mental health because I’m isolated,” says Lindsey Root Luna, a clinical psychologist who teaches at Hope College in Michigan.

“So I look at the fact that I have both a visible threat and an invisible one,” she says. “And people tend to respond to the visible threat.”

“The whole world’s my hiding place. I can stand out there amongst them in the day or night and laugh at them.”

The coronavirus is an apt adversary for our times. It’s a specific threat, yet its invisibility has made it a Petri dish where people can cultivate all kinds of misinformation.

Already, this was an era when entertainment and politics screamed: Even if you can see it, don’t necessarily believe it. In the United States, which has been full-on grappling with the coronavirus since isolation began in mid-March, it resonates especially potently.

To begin with, American life is a 400-year exercise in wrestling invisible ideals into something tangible — a functioning country and its laws. That country, shaped by visuals and concrete things and loud volumes, sits today at a particularly weird juncture when people with agendas use those loud volumes and sophisticated visuals to call even the most concrete things into doubt.

On top of that, enough is coming at people already that many resist or reject storylines involving more abstract or unseen forces — a virus, political manipulation, climate change.

“We are evolved to respond to threats that exist — a car crash, a punch in the face — that we can perceive at that level,” says Alix Spiegel, co-host and co-producer of the NPR program “ Invisibilia,” which tells stories that add structure and context to things we can’t see.

“But when they exist on a physical scale or a time scale that is hard for us to relate to, then we’re much, much worse at coming up with the appropriate actions,” Spiegel says.

This is evident in the reactions to antivirus measures taken by authorities. Many comments echo this observation: We can’t see this getting worse where we are, so let’s fix the urgent problem we already can see — the collapse of life around us.

“From a visible perspective, nothing’s changed. Very few of us actually see someone suffering from coronavirus,” says Adam Kotsko, who teaches at North Central College in Illinois. He is the author of “ The Prince of This World, ” a history of one of humankind’s most notorious unseen adversaries — the devil.

“Society,” Kotsko says, “has been thrown into upheaval for no visible, apparent reason.”

“Messages from invisible sources. Or what some people think of as progress.” — Al Swearengen in “ Deadwood,” disapprovingly watching telegraph poles go up in his town in 1876.

In American culture, unease about invisibility has surfaced in assorted ways since early colonial days, when dark accusations of unseen powers and influences became the pretext for the Salem witch trials in 1692.

It has meant many things over the years as new forms of the invisible emerged, from the telegraph and the telephone to bacteria and viruses to radio waves and microwaves to perhaps the most destructive invisible force of them all — the harnessed atom, the radiation it produced and the Cold War armageddon terror that it spread across an entire generation.

But invisibility often stands in for a menacing adversary, as with “Invasion of the Body Snatchers,” the mid-1950s novel and movie about aliens undetectably replacing humans that evoked postwar fears of unseen American threats — conformity, communism, McCarthyism.

That kind of unease was an early signpost of the decline in faith in American institutions and government’s motives. Suspicion about puppetmasters who guide events — the precursor of today’s “ deep state ” fears — became an even more potent cultural thread.

At the same time, the invisible threat of lethal contagious disease was receding in the American consciousness as vaccinations became commonplace. Smallpox was eradicated, polio conquered. Measles, mumps and rubella were largely vanquished. So their effects — disfigured children, firsthand knowledge of the dead — naturally became less visible.

Today, given that many people’s connections to COVID-19 victims are still indirect, the unseen nature of virus unease seems more analogous to the fear of ghosts, says Marc Longenecker, a film scholar at Wesleyan University in Connecticut who has written about invisibility in movies.

It’s a fear you can’t see except when it materializes. You don’t even know if it’s in the room. You know it’s a threat but are limited in your ability to fight it. Says Longenecker: “It’s the question of, ‘Is there really something there, or not?’”

There is, of course, something there, whether visible or not. The questions for most of us are these: Is it hovering near us right now? And what can we do to stop it?

“The chasm between seeing and knowing is ever widening in the 21st century,” Akiko Busch writes in “ How to Disappear: Notes on Invisibility in a Time of Transparency.”

One thing, though, is both seeable and knowable at this important moment: To push this threat away, or to vanquish it, will require a kind of work — the brainpower of research, and the microscopic vaccine that we hope it produces — that will be just as invisible to most of us as the thing that’s causing all the ruckus in the first place.

Until then, the Walter Johnson rule still prevails. Even knowing precisely what you can’t see doesn’t mean you’ll be able to hit it.