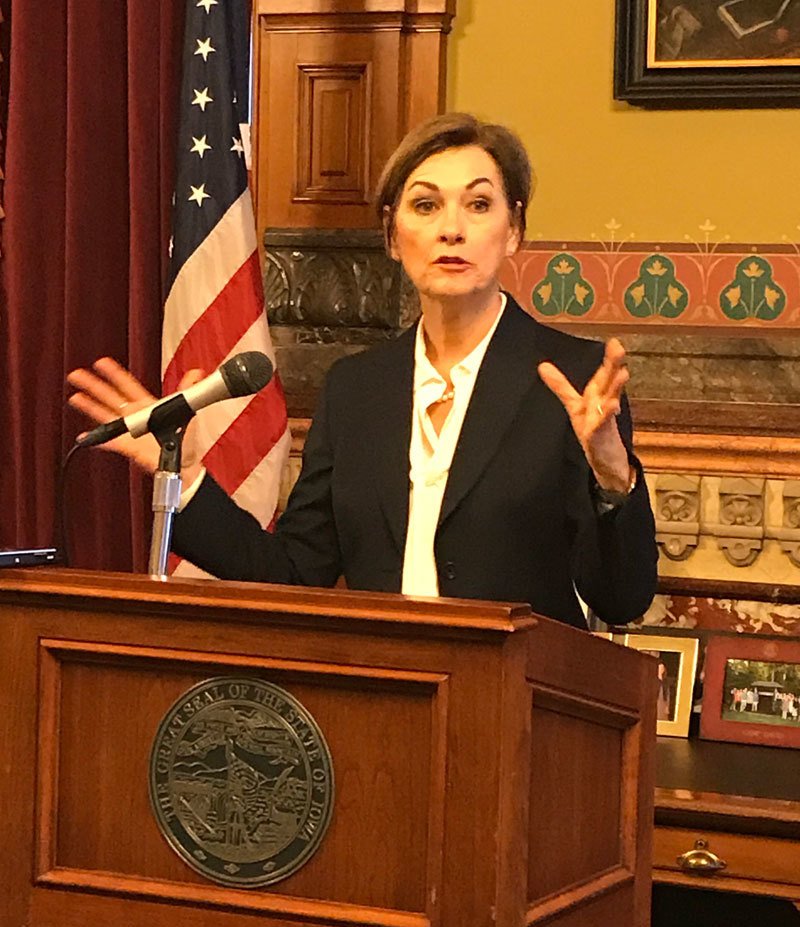 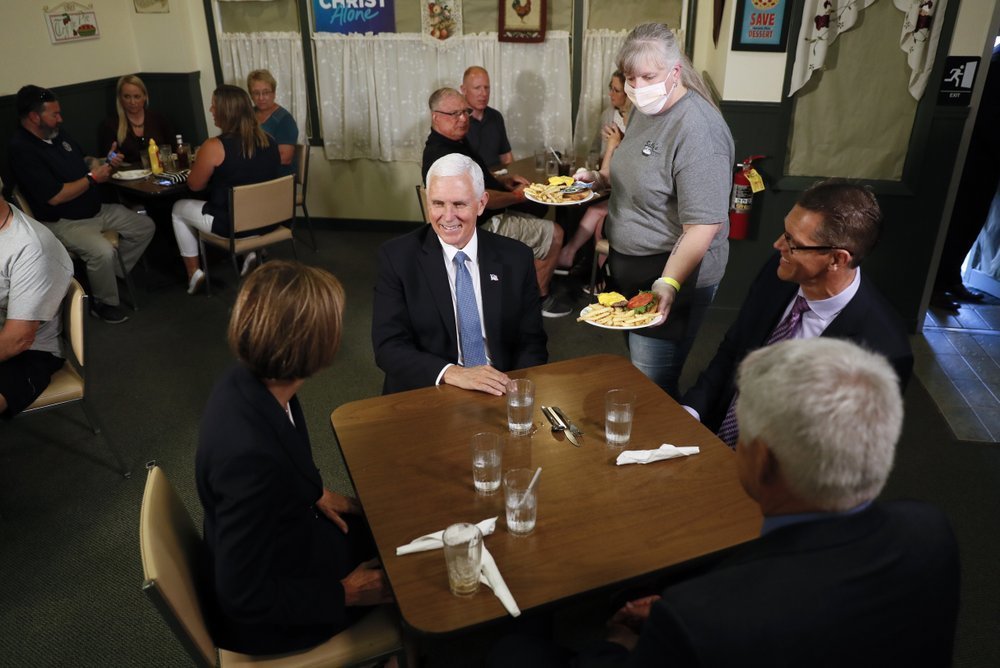 Iowa is the only state in the nation that automatically denies felons the right to vote.

“We’re working on that right now, sitting down with various groups, listening to what they think is important that is contained in that executive order,” Reynolds said at an informal news conference recorded by Mason City radio station KGLO. “Then I have my legal team working on it,”

Reynolds was in northern Iowa, first to tour a site in Osage where the state is offering coronavirus tests and then to meet with Vice President Mike Pence, who planned to tour a recreational vehicle factory in Forest City.

The governor said she had told lawmakers prior to their resumption of a coronavirus-shortened legislative session that she was working on an executive order to restore felon voting rights. Such a move is essential, she said, given the importance of the upcoming general election in November.

She asked lawmakers last year and this year to approve putting a constitutional amendment before voters that would automatically restore voting rights to felons. However, members of her own Republican Party in the Senate declined to vote on such a proposal.

Members of Des Moines Black Lives Matter insisted on meeting Friday with Reynolds, who agreed to a talk with them Monday at the Iowa Capitol.

Reynolds said her discussions with advocates for changing Iowa’s felon voting laws had been “bumpy” but were improving. Some activists are “just not familiar with who can do what and how it’s implemented, how important it is to get it done right,” she said.

Reynolds suggested her executive order may be different from one signed by Democratic Gov. Tom Vilsack on July 4, 2005, which restored voting rights to an estimated 50,000 felons. That order was reversed when Reynolds’ Republican predecessor, Terry Branstad, returned to office and reversed Vilsack’s action with his own order on Jan. 14, 2011. Branstad’s order once again required felons to petition the governor for permission get voting rights back.

The result was a confusing situation in which felons released prior to January 2011 had their voting rights restored but after that time, people had to get the governor’s approval.

Reynolds said the confusion caused by dueling executive orders is why she she’ll continue to press lawmakers for a constitutional amendment.

“I think then it doesn’t matter who’s sitting in the governor’s chair and it’s a permanent solution,” she said.