Is It Time For A Revolution? 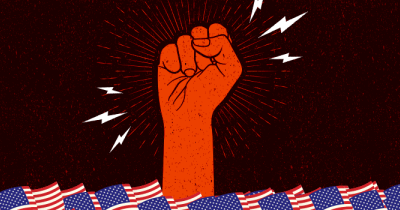 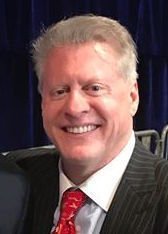 It was General George Washington who said, "If you want peace, prepare for war."

First an important question about the coronavirus. I am impressed with how smart COVID-19 is. It appears to be the smartest virus of all time. Apparently, it doesn't infect us at Costco, Walmart, supermarkets, pharmacies, gas stations, hardware stores or any big business deemed "essential" by government. But it will infect us at hair salons, nail salons, restaurants, bars, clothing stores and any other small business deemed "nonessential" by government.

Is the virus that smart? How does it know the difference?

And have Costco employees found the holy grail? Are they immune around crowds of shoppers while the coronavirus is kryptonite to all other employees and shoppers at all other businesses? Why can't every small business open up if it follows the exact same guidelines as Costco?

Something is wrong, folks. None of this makes sense. Does it?

This can't be just about a virus. If it were, we'd all play by the same rules, right? It sure seems someone is using a real deadly pandemic as an excuse to inflict terrible damage and financial death upon 30 million small-business owners, entrepreneurs and independent contractors in America (not to mention their employees).

And it just so happens that big chain stores, big chain restaurants and billion-dollar businesses (including the Los Angeles Lakers and giant hotel chains) qualify for small-business emergency loans, while 99% of the mom-and-pop businesses I personally know haven't gotten a dime, have been rejected for Small Business Administration loans or have gotten a measly $1,000. Don't spend it all at once.

As long as I'm telling you about things that make no sense, is it possible that in our United States of America, government can tell small-business owners they have no rights; can't open for business; don't have a right to feed their family; and will be forced to lose everything they've worked their whole life to build?

Even if you comply with the exact same guidelines of big business and big-box retailers like Costco? They can remain open, but you can't?

And if you try to open your business, you'll be arrested . Because business owners making decisions about their own property are now criminals. Really?

But at the same time, that government that persecutes business owners runs a scam called sanctuary cities. That same government allows illegal aliens (i.e. real criminals) to walk free; protects them; actually takes taxpayer money from you and me and gives them welfare, food stamps, housing allowances, free health care, free education and tax refunds from the IRS, even though they pay no taxes.

And, of course, this same government that wants to prosecute taxpaying business owners and mothers playing on swings with their children refuses to hand illegal-alien murderers and rapists over to Immigration and Customs Enforcement for deportation.

Does any of this make sense to you?

Because if all of this is true, it may be time for a revolution. But I want to avoid bloodshed. I want to avoid civil war. I want this revolution to be peaceful. So, as a last resort, I suggest it is time for massive class action lawsuits. It's time for the Supreme Court to protect us from our own government.

It's time to prove the U.S. Constitution still exists, that it's not just a piece of paper to be shredded each time government feels like it. Yes, it's time to go to war with our own government. But I'm hoping it's just a legal war to be decided in court.

And after we win back our freedoms, win back our right to earn a living and protect the U.S. Constitution — after all that, I have important advice for President Donald Trump: Don't bail out any state or city with a dime of our taxpayer money unless it agrees to forever end sanctuary cities, to stop using taxpayer money to hand billions of dollars in handouts to people in this country illegally and to stop shielding illegal-alien felons from deportation.

Until then, give state governments the same answer they're giving right now to every small-business owner and independent contractor in America. ...