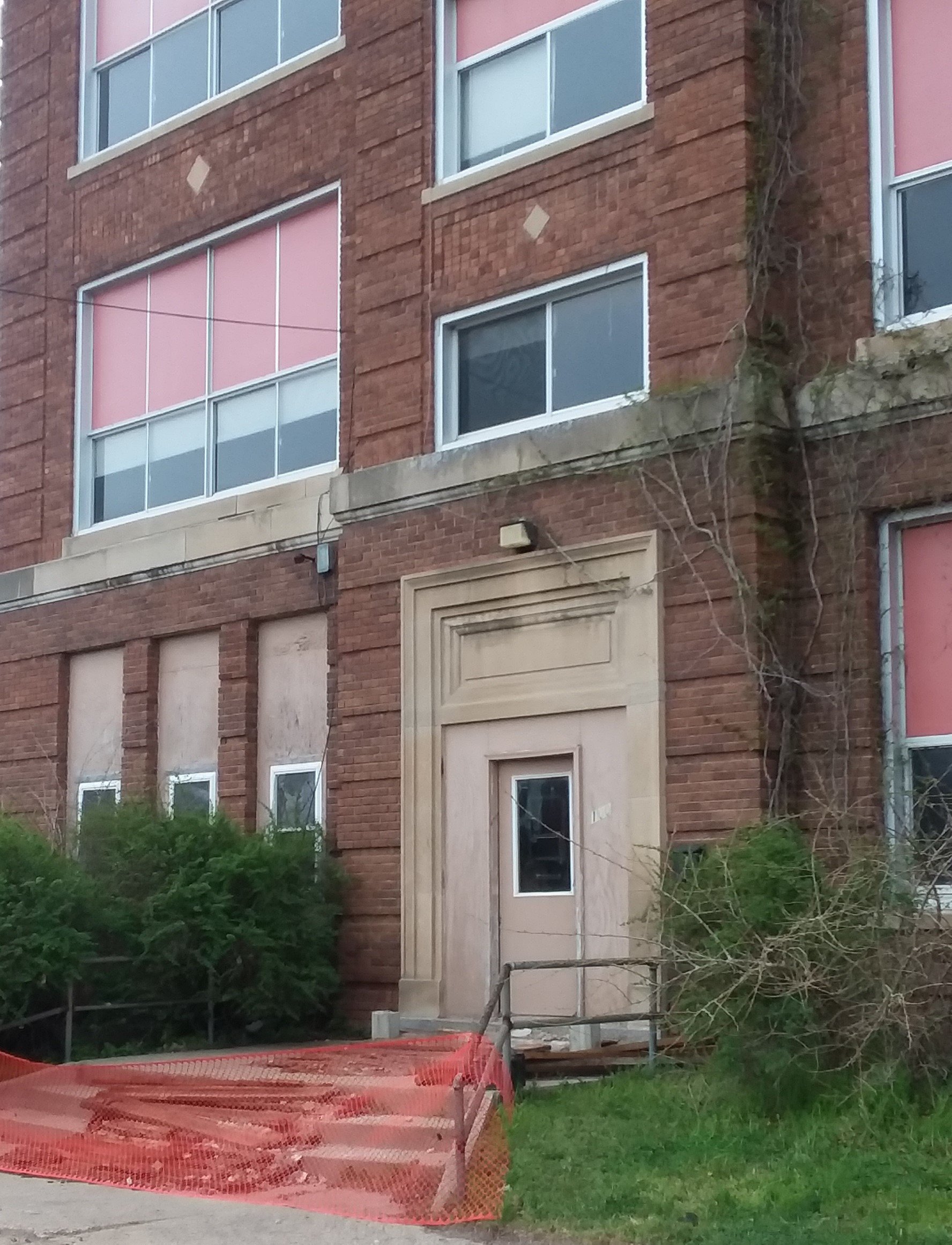 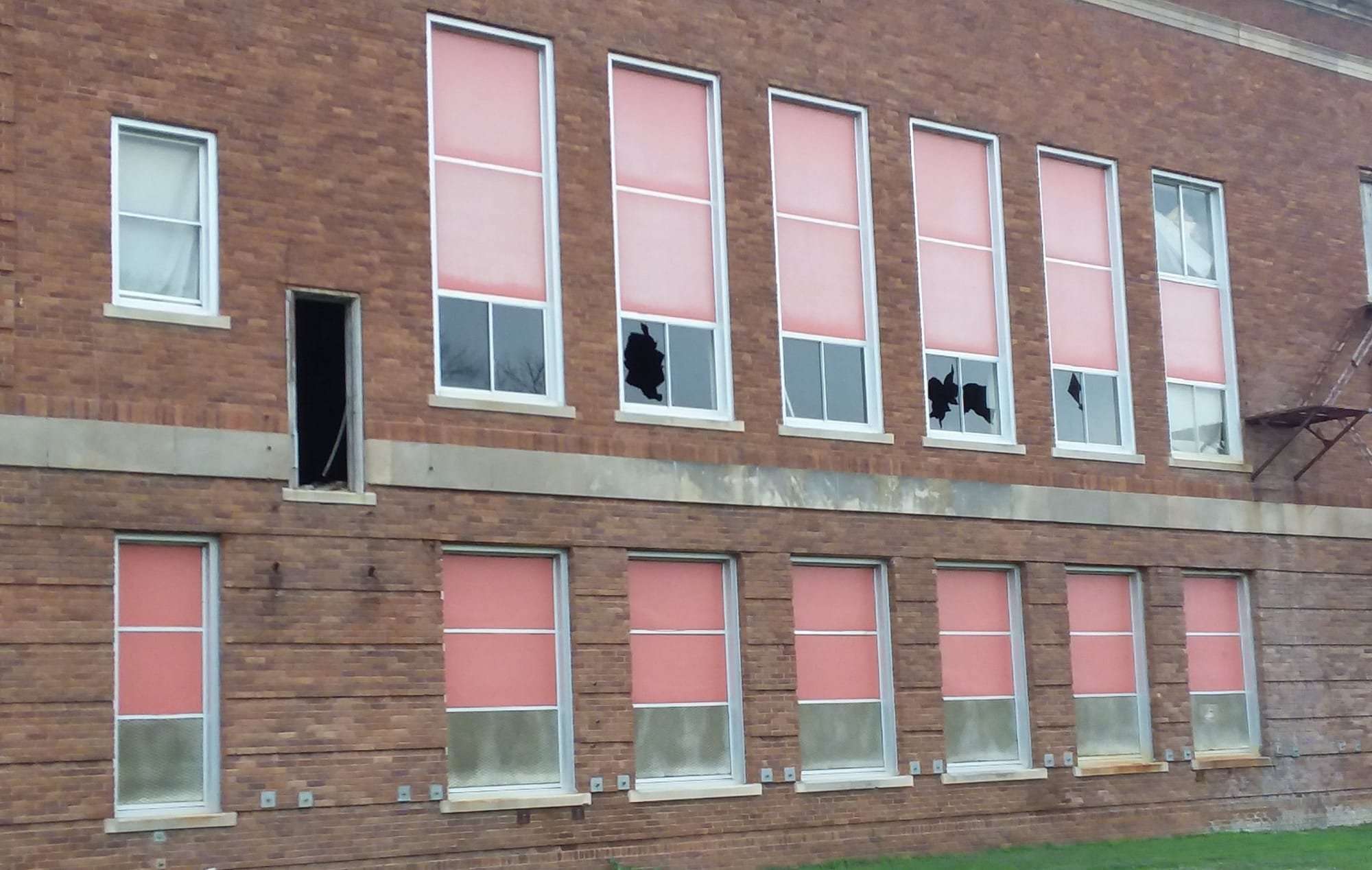 The view from the east side of the old Wilson school building at 100 West Willow in Cherokee shows an open door way and broken windows from the second floor of the building, an eyesore if traveling westward on Willow Street.That part of the building was where the stage and most recently study hall during the later stages of the usage. (Photo by Jeff Benson) 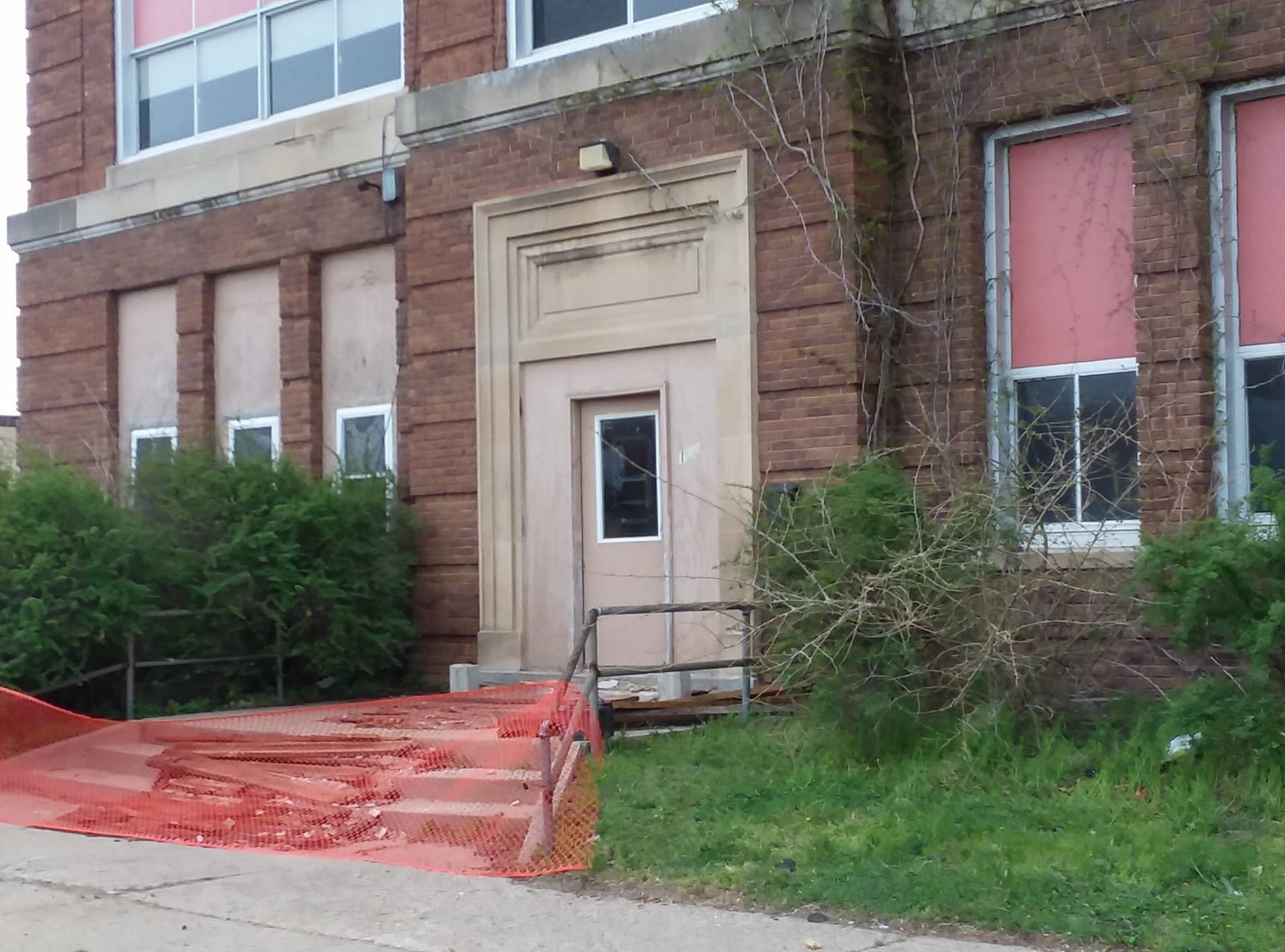 The south entrance to what was Wilson MIddle School and most recently Iowa Nature Woods and Hope Shop owned by Bert Bieler shows its wear and dilapidated condition. Redevelopment of the building is alledgedly planned. The building was originally constructed in 1916 and functioned as Wilson High School until 1953 and then became Wilson MIddle School until 2001. It also saw two fires consume the three floor structure in the 70s. (Photo by Jeff Benson) 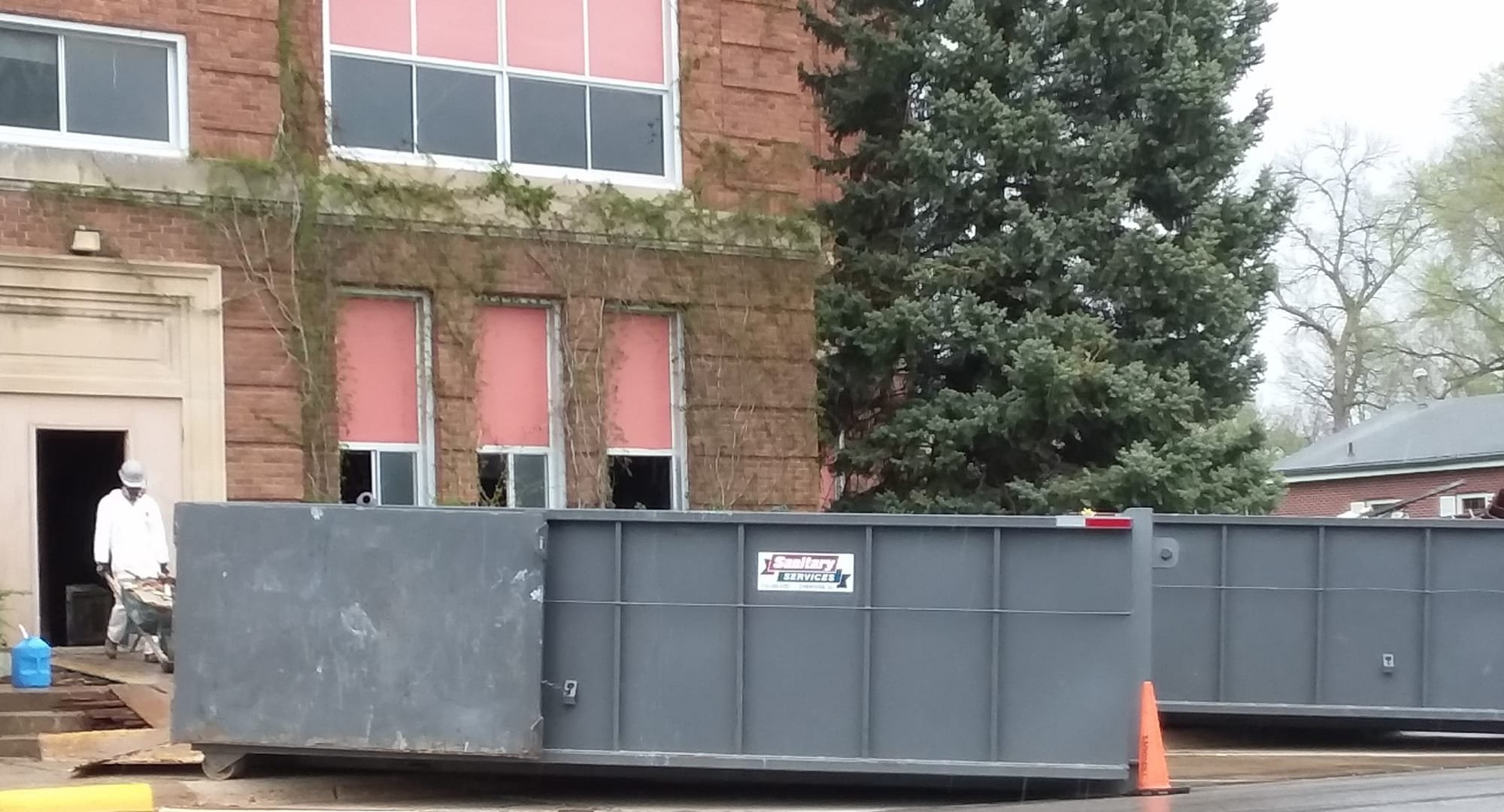 A worker this week removes  materials from the Wilson MIddle School building. The building has become an eyesore for the community of Cherokee. Fallen in ceilings, busted windows and other safety related issues are concerns for workers trying to clear the building for what has been alledged redevelopment into apartments. (Photo by Jeff Benson)