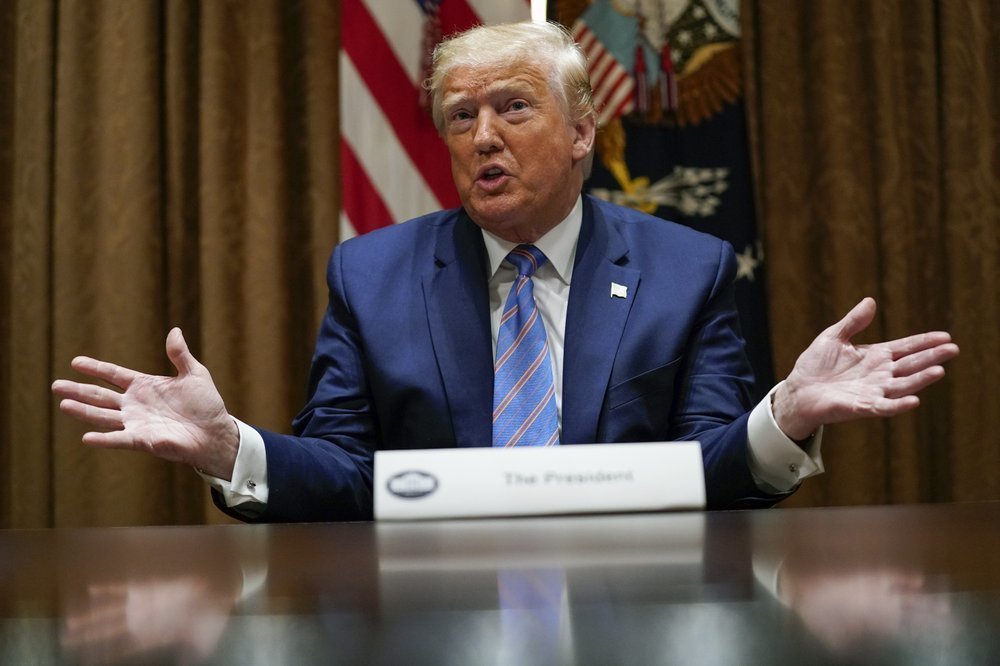 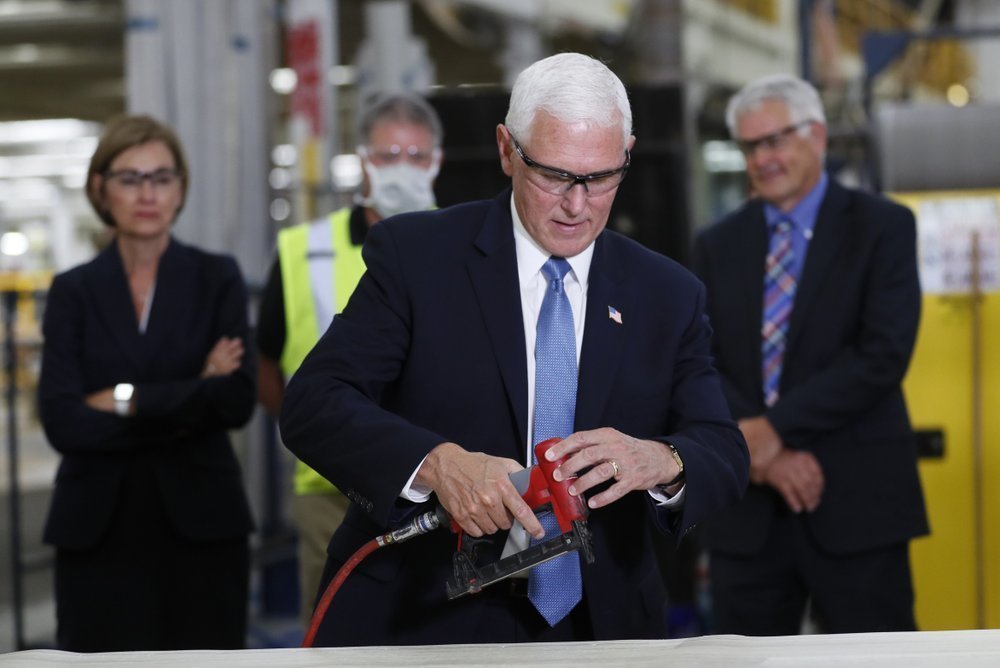 DES MOINES, Iowa (AP) — After Donald Trump carried Iowa in 2016 by nearly 10 points, its swing state status was in doubt. But now, with stunning swiftness, Iowa Democrats have spun from distraught to hopeful.

This shift appears to be propelled by the president’s uneven handling of the coronavirus pandemic and his aggressive response to protests over the death of George Floyd. And with an uptick in Democratic voter registration in the state, the party sees an opportunity to not only defeat Trump in November, but also oust GOP Sen. Joni Ernst.

“I am more hopeful than I have been,” said Scott Brennan, a former Iowa Democratic Party chairman who is now a member of the Democratic National Committee. “It’s still an uphill battle here. If anyone thinks we are just going to blast our way through, it’s not the case.”

Though Iowa offers just six Electoral College votes in the presidential election, Trump needs to hold on to the state to stay on his narrow pathway to reelection. And signs of weakness here could portend potentially bigger challenges for Trump in other Midwestern states he carried by much smaller margins in 2016.

An Iowa poll conducted last week by The Des Moines Register underscored the shifting landscape for the president. The survey showed Trump locked in a tight race with Democratic challenger Joe Biden, down from a 10-point advantage in March.

Trump’s Iowa approval has also dropped slightly since March. More Iowans disapprove than approve of his response to the pandemic and protests, and their view of the country’s direction has reversed sharply downward, according to the survey.

“You have to think it’s at least competitive, when it was not expected to be,” said J. Ann Selzer, director of The Des Moines Register’s Iowa poll, who has surveyed the state for more than 30 years.

Iowa has been a hotly contested swing state in presidential elections over the past 20 years. Barack Obama carried the state twice before it sharply shifted to Trump in 2016. Trump’s victory was so commanding that the state wasn’t a top priority for Democrats heading into 2020.

In a speech to an RV manufacturer in Forest City, Pence claimed Tuesday the nation was experiencing “a great American comeback” from the pandemic, even as hundreds of new cases were being reported in Iowa.

The vice president’s sunny claims looked past Republican friction in the state over key election-year issues, race and voting. The Republican Reynolds, blocked by her own party in advancing a constitutional amendment, said Tuesday she would sign an executive order restoring voting rights to most felons, a move that would disproportionately affect blacks in Iowa.

Likewise, leaders in the GOP-controlled legislature last week pushed a bill that would limit the secretary of state’s ability to allow widespread voting by mail just days after election officials reported a record absentee vote in the June primary.

Trump’s campaign has spent more than $436,000 on Iowa television and digital advertising from April until early June, according to data The Associated Press obtained.

Trump aides say they expect him to hold Iowa, citing his his dominant showing with his own party’s February caucuses.

“President Trump won Iowa by over 150,000 votes in 2016, flipping Iowa by 9% after Obama won the state twice,” campaign spokesman Ken Farnaso said. “After an unprecedented turnout at the Republican caucuses this year, we could not be more confident about the Hawkeye State in 2020.”

But the ominous clouds for Republicans, including an unexpectedly competitive challenge for freshman Sen. Joni Ernst, come as Democrats have been steadily rebuilding.

While the caucus reporting was disastrous, participation in the Feb. 3 precinct-level contests drew the second highest turnout in their 50-year history. In March, registered Democrats, trailing Republicans in voter registration since 2013, nosed ahead.

That was after Iowans unseated two Republicans in Congress in 2018, a year 52 percent of voters in the state backed a Democrat for Congress and elected the first women to the U.S. House.

“It’s apparent the Republican brand, at this point in the race, is struggling to appeal beyond its base, while Democrats are already showing support from independent voters,” said John Stineman, an Iowa Republican strategist unaffiliated with the Trump campaign. “There is a lot of talk about 2020 as a base election, but no one can expect to win with their base alone.”

Reynolds, who assumed the governorship in 2017, became the first woman elected governor in 2018, when Democratic candidates were succeeding Republican governors in Wisconsin and Michigan, signaling that Iowa was more safely Republican.

After Obama’s victory, Iowa swung decidedly Republican with GOP victories in the statehouse and the congressional delegation. Trump went on to win 32 counties that Obama had carried, more than in any other state.

But Des Moines’ growing western suburbs — like northern Virginia and suburban Columbus, Ohio — have diversified from GOP-leaning bastions of a decade ago to more politically diverse, giving the 3rd Congressional District the flavor of those battleground states.