The Wait For November Is Nearly Over - Iowa Deer Hunters, This Is Prime Time 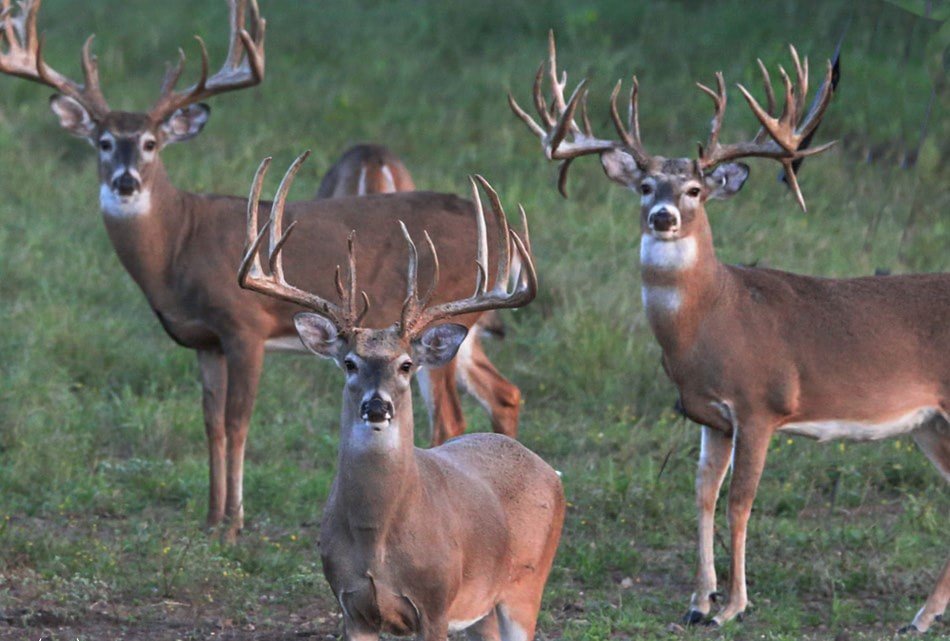 Iowa’s deer hunting intensity will ratchet up in the next few weeks as the peak of the rut approaches and archery hunters cash in vacation days to spend as much time as possible in the timber.

“If we can get Mother Nature to cooperate I expect we will have another good year of deer hunting across Iowa,” said Tyler Harms, with the Iowa Department of Natural Resources. “Last year, wet conditions during the fall delayed the crop harvest and that impacted hunting during the rut, and then we had another round of rough weather during the first shotgun season. It would be nice to avoid that again.”

Even with those challenges, hunters reported harvesting nearly 109,000 deer, and Harms said he expects 2019’s harvest to be similar. Iowa’s deer population is stable to slightly increasing over much of the state.

“Our herd remains within the statewide population goal thanks in part to our hunters and landowners who work together to harvest does as a means of managing the herd at the local level,” Harms said. “What we need from hunters is to be sure to report their harvest. I can’t stress enough how important this is. Besides being required by law, it is some of the most important information we have for tracking the deer population in the state. It only takes a couple of minutes, and hunters can report online, by phone, or using the DNR’s new Outdoors Iowa app.”

Hunters in specific local areas in south central Iowa could see fewer deer this fall due to hemorrhagic disease, but there shouldn’t be much variation in the overall population across the region, Harms said.

The Iowa DNR has received reports of nearly 1,800 suspected deer mortalities due to hemorrhagic disease in 2019.

“We expect to receive additional reports as crops are harvested and hunters head to the timber, but the number of new dead deer should start to decrease as colder temperatures and frost starting to settle in across much of the state, killing the midges carrying the virus. We want hunters and landowners to continue reporting dead deer they find,” Harms said.

While this is the most significant outbreak of EHD in recent years, it is still below the outbreak of 2012 that totaled nearly 3,000 deer. The current outbreak has been most severe in Warren, Madison, Monroe and Clarke counties, but has been reported in nearly 60 counties in the state.

“We will monitor the population in the affected areas closely and could make some changes to our antlerless quotas based on the results from the deer surveys and harvest reports from the area,” Harms said. “We won’t make any projections until the spring when we have all the data in.”

Harms pointed out that while hemorrhagic disease can have significant local impacts, it is often short lived. “Outbreaks tend not to be in the same part of the state year after year which allows local herds to recover,” he said.

The ongoing battle against the spread of chronic wasting disease continues to be high priority to the Iowa DNR. The DNR has established four special deer management zones in the primary focus areas where increased harvest and deer tissue sample goals have been established to monitor for and prevent the spread of the always fatal disease.

Zones are set up around the cities of Dubuque, Harpers Ferry, Elkader and Corydon. The licenses within the zones are antlerless only and available from local license vendors. Hunters using one of these zone specific licenses must provide a tissue sample. There is more information online at https://www.iowadnr.gov/Hunting/Deer-Hunting/Deer-Disease-Information or in the deer hunting section of the 2019 Iowa Hunting, Trapping and Migratory Game Bird regulations.

While the main focus will be in the areas surrounding where deer have tested positive for the disease, the DNR will be collecting tissue samples from every county in the state. The DNR has a goal of collecting 7,000 tissue samples for the 2019 deer season. Hunters who are successful and wish to submit a tissue sample should contact their local wildlife biologist to see if samples are still needed for the county where the deer was harvested.

“Hunters have been excellent partners in this effort and we’d like the collaboration to continue,” Harms said. “We’ve been working to shorten the time from when the tissue sample was collected, submitted to the lab, and when the results are available on our website with a goal of getting that to happen in two weeks. It could take longer depending on when the samples get to the lab.”

Hunters who are awaiting the testing results are encouraged to keep that deer separate from others being processed in the event that it tests positive.

Iowa has been testing deer for chronic wasting disease since 2002. To date, more than 70,000 wild deer have been tested with 46 coming back as positive.