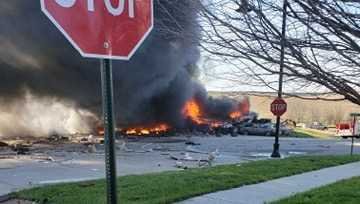 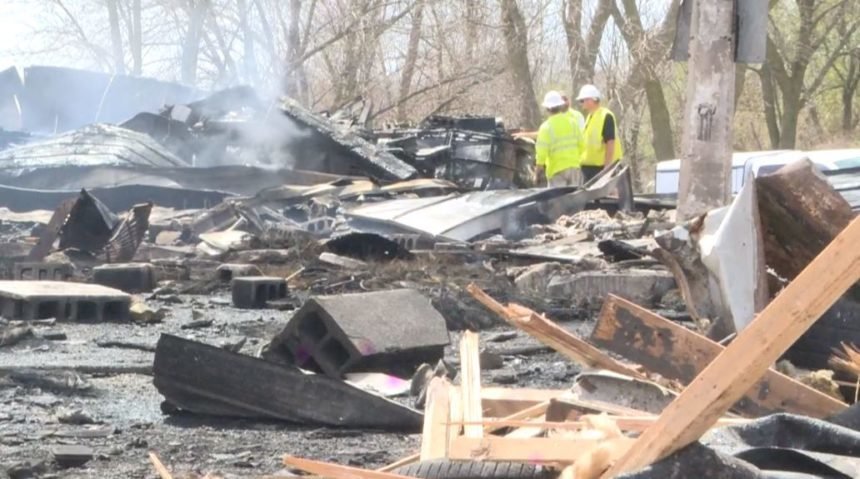 EARLING, Iowa (AP) — Two men who were inside a western Iowa gas station and auto repair shop when it was leveled by an explosion are expected to recover from their injuries.

Dan Grote, co-owner of Earling Standard Shop, received stitches for cuts and was released from a hospital hours after the blast Monday morning in the small town of Earling he told Omaha, Nebraska, television station KETV. Grote said his brother-in-law, Don Bruck, who was also in the shop when it exploded, is expected to be released soon from an Omaha hospital.

Grote said he had been in the shop fixing a customer’s tire when he heard what he at first thought was another tire exploding. The blast sent him to the floor.

“I was kneeling down, and I tried to crawl out because the roof must have come on me,” he said. "I didn’t know, really, what happened.”

Grote said he has no plans to rebuild the business. The nearest gas station is about 10 miles away from Earling’s Main Street.

Investigators say the explosion damaged nearby homes and blew debris up to six blocks away and rattled homes throughout the town of about 400. Earling is about 100 miles west of Des Moines or 17 miles Northwest of Harlan located on IA-37.

The Iowa State fire marshal’s office is investigating the cause of the explosion.