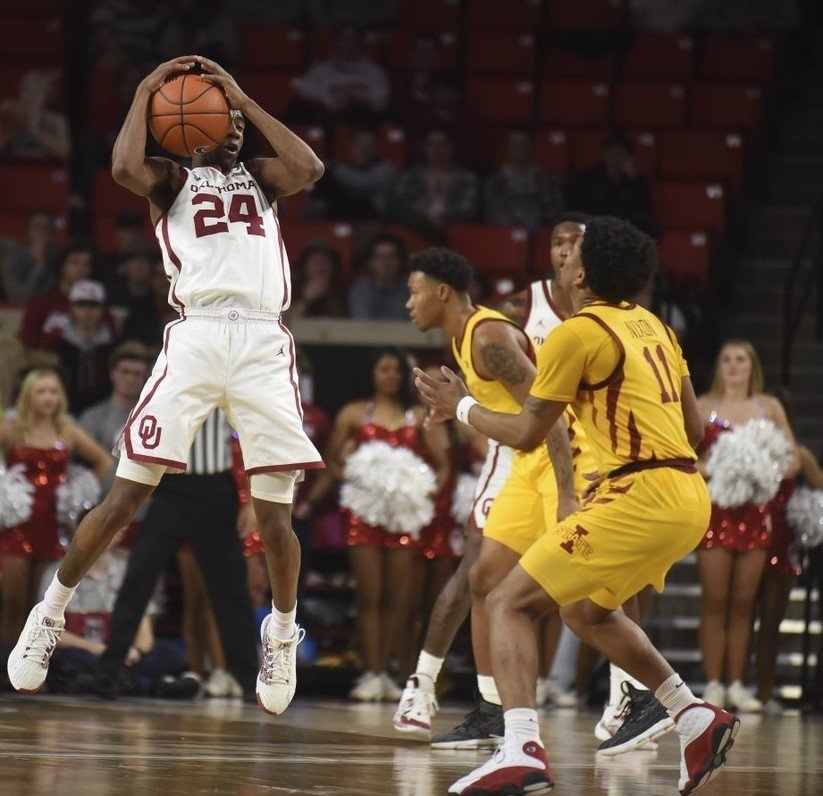 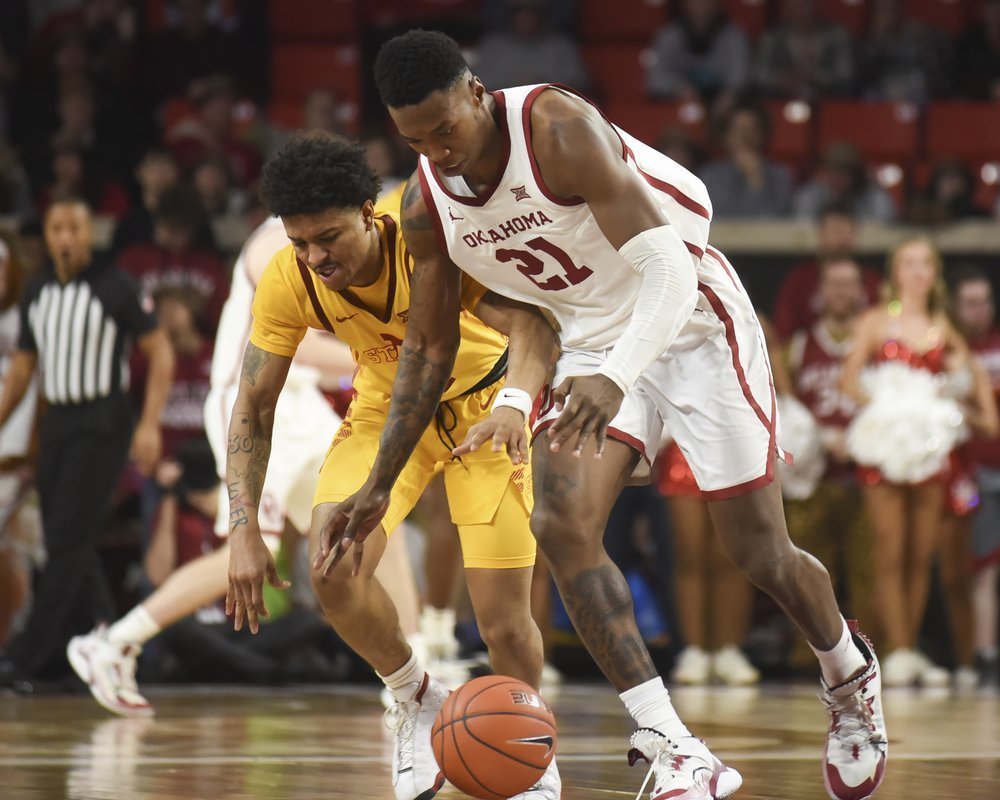 NORMAN, Okla. (AP) — Oklahoma could have been satisfied with its big win over West Virginia last week or looked ahead to visiting third-ranked Kansas on Saturday.

Instead, the Sooners focused squarely on Iowa State. Kristian Doolittle scored 20 points to help Oklahoma roll past the Cyclones 90-61 on Wednesday night.

Oklahoma followed up Saturday’s victory over No. 13 West Virginia by avenging its loss at Iowa State a month earlier and falling a point short of its season-high point total.

“We knew going into the Kansas game, we couldn’t look past this,” Oklahoma coach Lon Kruger said. “We got beat at their (Iowa State’s) place, so we spent a lot of energy in practice to make certain we didn’t have a letdown.”

Iowa State announced Monday that point guard Tyrese Haliburton would miss the rest of the season after fracturing his left wrist. He averaged 15.2 points, a conference-leading 6.5 assists and 5.9 rebounds per game. In their first game without their star, the Cyclones (10-14, 3-8) shot just 34.5% in the second half.

“Just a horrendous defensive effort in the second (half), horrendous effort,” Prohm said. “We just got smacked.”

Oklahoma’s Austin Reaves hit a 3-pointer in the closing seconds of the first half to put the Sooners up 40-36 at the break.

“The last ten seconds of the first half was a total mishap,” Prohm said. “We just came out of a timeout. We had to guys run into each other and turn it over. If we just hold the ball were down one. They go down hit a 3three at the buzzer and we went from looking to lead to being down four.”

Doolittle scored 15 points in the first half. The Sooners scored the first six points of the second half, including two layups by Williams, to take a 10-point lead.

Williams drove the lane and threw down a hard one-handed dunk to put the Sooners up 60-51 with just over 12 minutes remaining.

Manek and Jamal Bieniemy made back-to-back 3-pointers to give Oklahoma a 68-53 lead with just under 10 minutes to play, and the Sooners stretched the lead from there.

Prohm refused to blame the result on Haliburton’s absence.

“Losing Tyrese is not to change the outcome of the game if you’re giving up up 90 points on the road,” he said.

Iowa State: An already difficult season was made even tougher with the news about Haliburton. The Cyclones were unable to build momentum from their home win over Kansas State on Saturday.

Oklahoma: The Sooners are starting to look like a team that could make a run heading into the final stretch. Williams has scored in double figures four of his past six games after doing so just twice all season previously.

The Sooners have won their past four home games in Norman by an average of 18 points per game, with each win coming by at least 10 points. Oklahoma is averaging 81 points per game during that stretch. Overall, the Sooners are 11-1 at home, including a win at Chesapeake Energy Arena in Oklahoma City.

Iowa State’s Rasir Bolton scored 23 points in the first meeting between the teams. He had six in the rematch on 2-for-6 shooting.

Prohm on Manek making 4 of 5 3-pointers: “Got to do better recognizing personnel on the floor. We lost Manek? How you lose Manek? He’s a knock-down shooter, I have no idea. The best thing he does is make shots.”

Oklahoma: Visits No. 3 Kansas on Saturday. The Jayhawks beat the Sooners 66-52 in Norman on Jan. 14, Oklahoma’s last home loss. The Sooners have been competitive on the road lately, but haven’t quite pulled off a win.