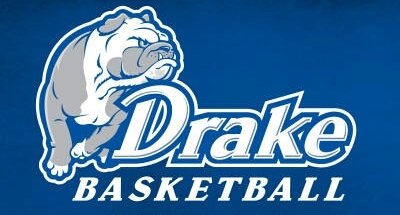 SPRINGFIELD, Mo. - Fueled by 11 first-half three-pointers, Missouri State rolled out to an early lead in a 97-62 win over the Drake University men’s basketball team Wednesday evening at JQH Arena.

The Bears finished with a season-high 14 three-pointers on 25 attempts, including a 5-of-6 night from Keandre Cook. Cook finished with 19 points as one of five bears in double-figures.

“We just did enough tonight and were half a step slow all night,” said Drake head coach Darian DeVries. “Once they [MSU] got three or four down, they got rolling. We let them get rolling and couldn’t slow them down.”

D.J. Wilkins had 13 points for Drake, including seven quick points in the opening minutes of the second half. Noah Thomas added a season-high 14 points on 6-of-10 shooting with four assists and Jonah Jackson connected on 3-of-6 from three-point range to finish with 10 points.

After falling behind to start the game, the Bulldogs pulled within a basket at 24-22 on a Garrett Sturtz three-pointer with nine minutes left in the first half. But the Bears reeled off back-to-back three-pointers to start a 22-4 run that blew the game open.

MSU outscored Drake 28-8 to close the half and hit on five three-pointers in the final nine minutes of the half.

MSU was 11-of-17 from the arc in the first half to equal its season-high for three-pointers in a game with Cook going 4-of-4 from three-point range in the first 20 minutes of the game. That hot shooting gave MSU a 52-30 lead at half and were the most points the Bulldogs had surrendered in a first half this season.

Wilkins opened the second half with seven points in the first four minutes to help the Bulldogs keep pace with MSU’s scoring, but the squad could not trim the first-half deficit.

“I thought we had some opportunities there to cut into it,” DeVries said. “We were much better to start the second half playing with much more energy. But we couldn’t get enough. It just got away from us too much there.”

Gage Prim, who scored 23 points in the first meeting this season, was held scoreless in the first half, but responded in the second, scoring 15 of the Bears’ first 30 points of the half to stretch MSU’s lead back out en route to the final tally.

“We have to wash this one away fast,” said Drake head coach Darian DeVries. “That wasn’t us tonight. It was disappointing, and we need to regroup and get ready for the next one.”

Drake returns to the Knapp Center, where the Bulldogs have 16 of their last 17 games, Sunday, Feb. 16, to host Evansville at 3 p.m.