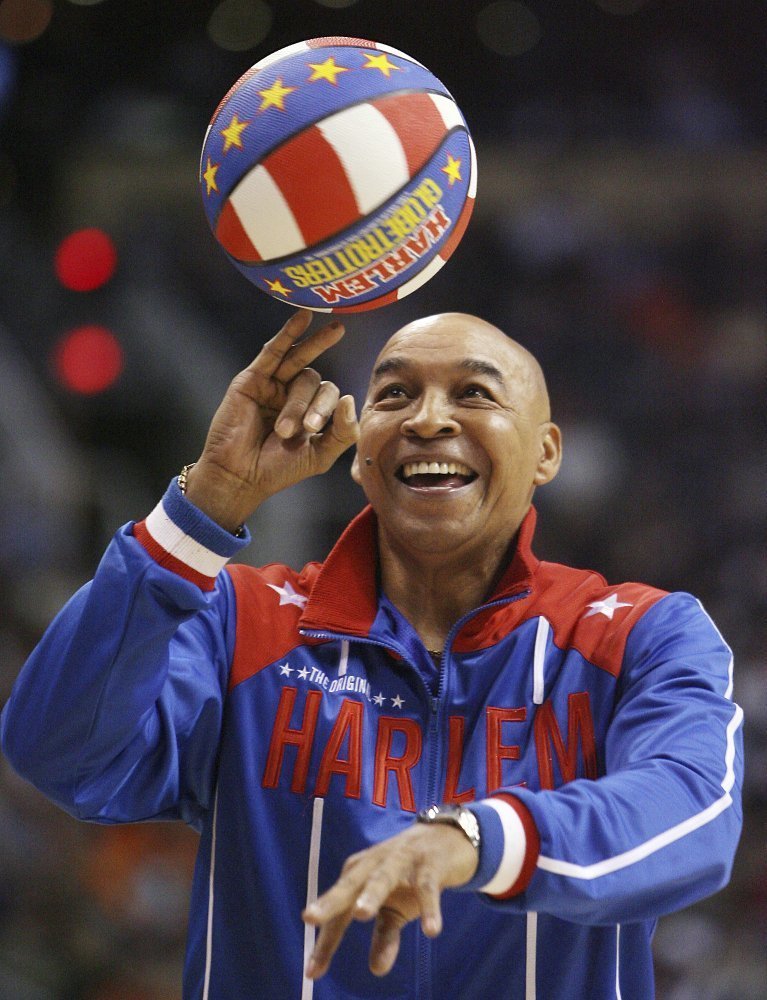 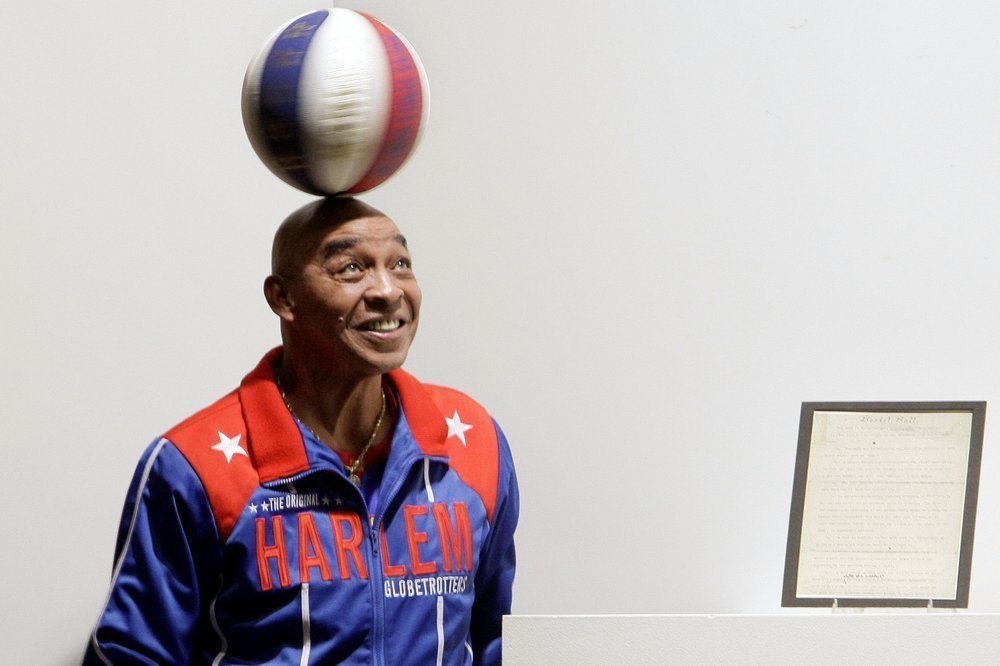 In this Dec. 10, 2010, file photo, Harlem Globetrotters Fred "Curly" Neal spins a ball on his head prior to the bidding for the Naismith Rules, the original rules for basketball, framed at right, at Sotheby's in New York. Neal, the dribbling wizard who entertained millions with the Harlem Globetrotters for parts of three decades, has died the Globetrotters announced Thursday, March 26, 2020. He was 77. Neal played for the Globetrotters from 1963-85, appearing in more than 6,000 games in 97 countries for the exhibition team known for its combination of comedy and athleticism. (AP Photo/Richard Drew, File)

(AP) - Fred “Curly” Neal, the dribbling wizard who entertained millions with the Harlem Globetrotters for parts of three decades, has died. He was 77.

The Globetrotters said Neal died in his home outside of Houston on Thursday morning.

“We have lost one of the most genuine human beings the world has ever known,” Globetrotters general manager Jeff Munn said in a statement on Twitter. “Curly’s basketball skill was unrivaled by most, and his warm heart and huge smile brought joy to families worldwide.”

Neal played for the Globetrotters from 1963-85, appearing in more than 6,000 games in 97 countries for the exhibition team known for its combination of comedy and athleticism. He became one of five Globetrotters to have his jersey retired when his No. 22 was lifted to the rafters during a special ceremony at Madison Square Garden in 2008.

Neal was a crowd favorite with his trademark shaved head, infectious smile and ability to dribble circles around would-be defenders. He was a key player during the Globetrotters’ most popular era in the ’70s and ’80s, appearing on TV shows and specials like “The Ed Sullivan Show,” “Love Boat” and “Gilligan’s Island.”

Neal and the Globetrotters also appeared in numerous TV commercials, episodes of “Scooby-Doo” and had their own cartoon series.

“Hard to express how much joy Curly Neal brought to my life growing up. RIP to a legend,” Golden State Warriors coach Steve Kerr tweeted.

Neal was a star high school player in Greensboro, North Carolina, and led Johnson C. Smith University in Charlotte to the Central Intercollegiate Athletic Association title after averaging 23 points per game as a senior. He was inducted into the North Carolina Sports Hall of Fame in a 2008 class that included North Carolina coach Roy Williams.

Neal also was inducted into the Globetrotters’ Legends ring in 1993 and continued to make appearances for them as an “Ambassador of Goodwill.”