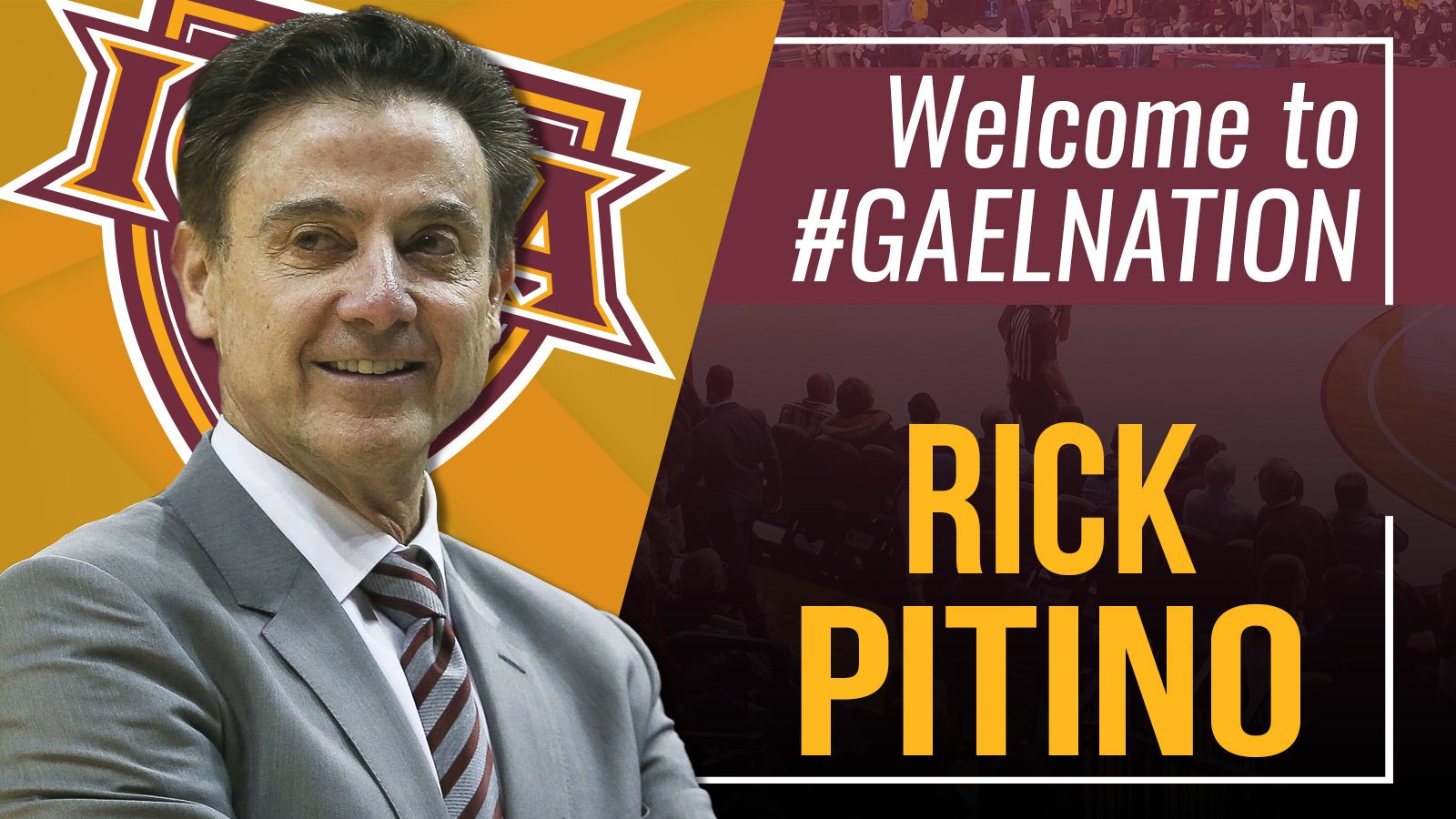 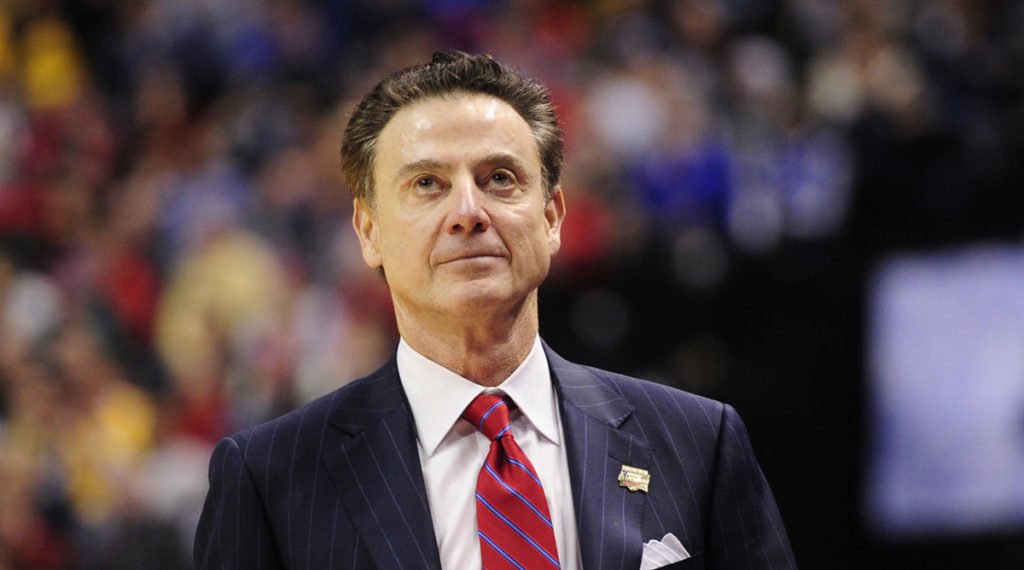 NEW ROCHELLE, NY – Hall of Fame Coach Rick Pitino was named head basketball coach of Iona Collegeon Saturday. Pitino, who has taken four different programs to the NCAA tournament and coached two national championship teams, takes over for Coach Tim Cluess, who stepped down as head coach after ten years due to health concerns.  Coach Cluess will serve as an advisor to the basketball program moving forward.

"I am delighted to welcome Rick Pitino to Gael Nation," said Director of Athletics Matthew Glovaski.  "Rick is a Hall of Fame coach who has won at the highest levels and he is committed to leading our student-athletes and our program to national prominence.  He brings passion and energy and shares our desire to build a winning program that will make our community proud."

Pitino and his family, including his wife Joanne, his children and grandchildren are excited to join the Iona community.

"My passion in basketball started in New York and will end there at Iona College," Pitino said. "Tim Cluess has done a spectacular job creating success and a winning spirit.  I wish Tim a speedy recovery and Iona will always cherish his accomplishments.   At Iona, I will work with the same passion, hunger and drive that I've had for over forty years. There is a real professionalism in how things are run here and this is a very tight, strong community. The priority in New Rochelle right now is helping students continue their education online in light of the coronavirus and I very much look forward to the day when the community is back on campus and to get to work on further elevating this strong program."

"Rick has demonstrated that he cares deeply about helping student-athletes achieve great success on and off the court," said Iona College President Seamus Carey. "After a thorough interview process we are confident that Rick's experience and commitment to Iona and our community make him the right person to continue to build on Tim Cluess' success. We welcome Rick and his family to New Rochelle and look forward to accomplishing big things together."

During Coach Pitino's 32 seasons as a collegiate head coach, he:

--Has a 770-271 overall record and a 54-19 record in the NCAA Tournament;
--Became the first coach to take three different schools to the NCAA Final Four;
--Became the first coach to win an NCAA Championship at two different schools;
--Has the third highest winning percentage in NCAA Tournament games (.740) among all active coaches

Iona Board Chairman Jim Hynes looks forward to Pitino coaching at the Hynes Athletics Center. "Iona has a long tradition of success on the court, and with Coach Pitino at the helm, this program will reach unfathomable new heights."

Pitino, who has a stellar reputation for success on the court and a dedication to student-athlete academic success, has served as head coach of the University of Louisville (2001-2017, winning the 2013 NCAA Championship), University of Kentucky (1989-1997, winning the 1996 NCAA Championship), Providence College (1985-1987), Boston University (1978-1983) and Hawaii (last six games 1975-1976).  And, while often choosing to do so anonymously, Rick has served as a charitable benefactor for a broad spectrum of worthy causes.

Vice Chair Patrick Dunican noted he is "Ecstatic about the opportunity to welcome a phenomenally talented Coach and Hall of Famer to Iona Basketball."

Bob LaPenta, Iona Trustee shared "I have known Rick and his family for over 20 years and he is without question one of college basketball's greatest head coaches having won national NCAA championships at the University of Kentucky, and University of Louisville.  He will bring Iona's already highly regarded program to another level locally and nationally."