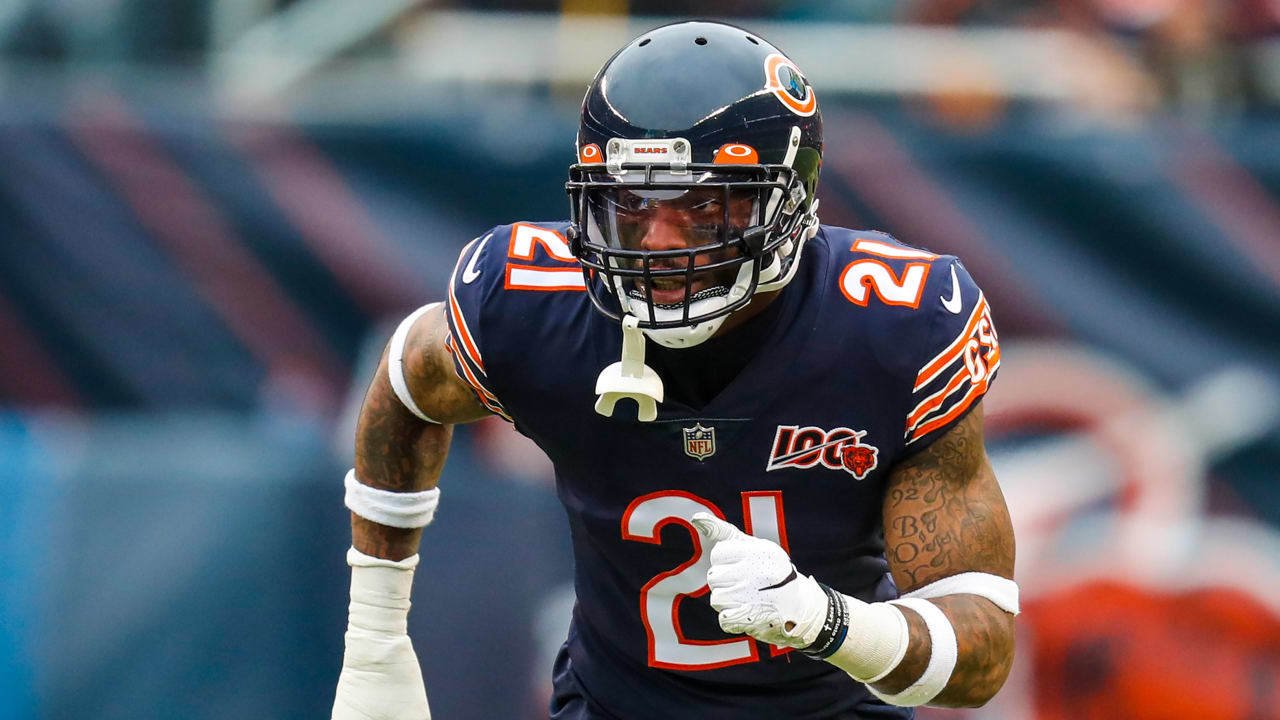 The Dallas Cowboys have agreed to a deal with safety Ha Ha Clinton-Dix, adding a familiar name for new coach Mike McCarthy.

Clinton-Dix’s representatives, SportsTrust Advisors, announced the move early Friday on Twitter. The 27-year-old’s addition comes at a position the Cowboys have largely ignored in free agency and the draft in recent years.

McCarthy was the coach in Green Bay when the Packers drafted Clinton-Dix 21st overall in 2014. He had 14 of his 16 career interceptions with Green Bay, including a career-high five in 2016. The Packers traded him to Washington during the 2018 season, and Clinton-Dix spent last year in Chicago.

The addition of Clinton-Dix comes after three-year starter Jeff Heath agreed to a deal with the Las Vegas Raiders. Clinton-Dix could start alongside Xavier Woods, although the Cowboys could target another safety in the middle of the first round of the draft.

The 26-year-old Natson spent the past two seasons with the Los Angeles Rams following one year with the New York Jets.

He’s averaged 9.5 yards on punt returns and 20.9 on kickoffs the past two years.

Cleveland’s special teams made major improvements last season under coordinator Mike Priefer, but the return game was not as good as he would have liked. The speedy, 5-foot-7, 153-pound Natson should help.

Alex Tanney is going to have competition to be the backup to Daniel Jones with the Giants.

New York has agreed to terms with veteran Colt McCoy on a one-year contract.

Entering his 11th season, McCoy spent the past six years primarily as a backup in Washington, making seven starts.

He was a third-round selection in 2010 by Cleveland, where he made 21 of his 28 starts over three seasons. He also played for the San Francisco 49ers.

Two-time Super Bowl MVP Eli Manning retired after this past season, a campaign that saw him lose the starting job to Jones.

The Green Bay Packers are holding on to safety Will Redmond.

Packers general manager Brian Gutekunst said that Redmond has agreed to terms on a new contract.

The 26-year-old Redmond has played in 18 regular-season games with four starts for the Packers over the past two seasons. He also appeared in each of the Packers’ two playoff games last year.

The Browns found their nickel back, agreeing to terms on a one-year contract with free agent cornerback Kevin Johnson.

Cleveland’s secondary was thin and in need of another cornerback so general manager Andrew Berry locked up Johnson, who played for Buffalo last season after four in Houston.

The 6-foot, 185-pound Johnson started just one game with the Bills. He played at Wake Forest. He’s the fourth defensive free agent locked up by Berry.

The Browns have two solid young cornerbacks in Denzel Ward and Greedy Williams — both former first-round picks — and Johnson should fill a troublesome spot by covering slot receivers.

Quarterback Nick Foles says he is “looking forward to the next part of the journey” with the Chicago Bears after losing his starting job during an injury-riddled season with the Jacksonville Jaguars.

Foles wrote Thursday on Instagram last season was “an emotional one with many twists and turns” and that he and his wife Tori are “thankful for those special relationships” they developed during his lone season with the Jaguars. He also posted a mock trading card with him in a Bears uniform with the No. 9.

Chicago acquired Foles from Jacksonville for a compensatory fourth-round pick on Wednesday, a person familiar with the situation told the Associated Press.

The 2018 Super Bowl MVP with Philadelphia, Foles is expected to challenge Mitchell Trubisky for the starting job. Foles signed a four-year, $88 million contract that included $50.125 million guaranteed with Jacksonville prior to last season. He broke his left collarbone early in the opener, missed the next eight games and got benched in his third game back. Rookie Gardner Minshew played well enough in his absence to make him expendable. 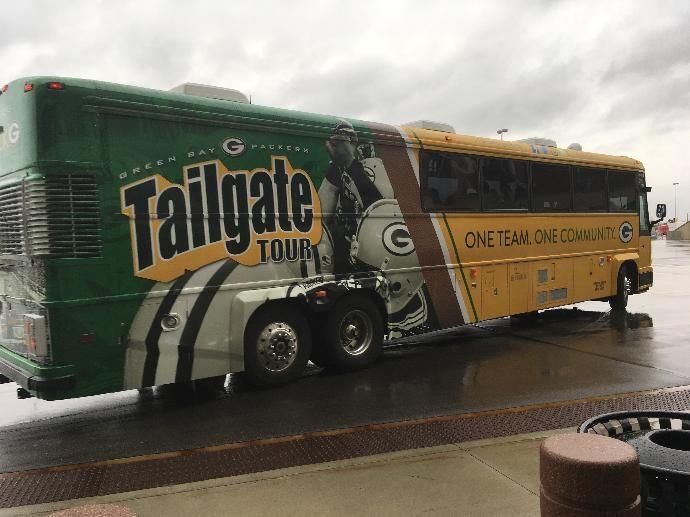 The Green Bay Packers have canceled their annual tailgate tour as they attempt to fight the spread of the coronavirus.

Packers officials said they made the decision based on the safety guidelines that include limiting crowd sizes and promoting social distancing.

The Packers said they would donate $25,000 each to Habitat For Humanity, Special Olympics Wisconsin and Stars and Stripes Honor Flight.

All those organizations stood to benefit from the tour, which would have included stops in La Crosse, Madison and Milwaukee from May 15-17.

General manager Jon Robinson says in a statement that Casey was the first of the Titans he met when hired as general manager. Robinson says it’s been an honor to work with Casey the past four seasons and wishes the lineman nothing but the best and that his legacy won’t be forgotten.

Casey also commented Thursday about the unexpected trade in a social media post, writing that it took him a few hours to process. He wrote the Titans took a chance on him nine years ago and he wouldn’t change a thing.

But Casey wrote that he would be lying if he didn’t admit being confused and hurt even though this is a business. He says now it’s time for even better things in Denver.

The Arizona Cardinals have agreed to terms on a one-year deal with linebacker De’Vondre Campbell.

The 6-foot-3, 232-pound Campbell played his first four seasons with the Atlanta Falcons and hasn’t missed a game over the past three seasons. He started 15 of 16 games in 2019 and had a career-high 129 tackles, including 75 solo tackles, six tackles for loss and two sacks.

Campbell is one of three players the Cardinals have signed to beef up their struggling defense, which gave up the most total yards in the NFL last season. Arizona also announced it has agreed to three-year deals with defensive lineman Jordan Phillips and linebacker Devon Kennard.

They’ll join a core of productive players from last year’s defense, including edge rusher Chandler Jones, who had a career-high 19 sacks last season.

Auclair has appeared in 32 games over three seasons. He has 10 receptions for 84 yards.

The team also announced they’ve re-signed wide receiver Bryant Mitchell, who spent last season on injured reserve. He entered the NFL as a free agent with the Arizona Cardinals last year after playing three seasons with Edmonton of the Canadian Football League from 2016 to 2018.

The team previously announced the trade of cornerback A.J. Bouye to Denver. The trade of quarterback Nick Foles to Chicago remains unannounced.

Schobert will eventually sign a five-year contract worth $53.75 million and includes $22.5 million guaranteed.

Dennard agreed to a three-year deal worth $13.5 million and includes $6 million guaranteed.

The Minnesota Vikings and kicker Dan Bailey have agreed to terms on a new contract.

Since joining the team two games into the 2018 season, Bailey has stabilized a critical position that had been in flux for several years. The 32-year-old joined veteran punter Britton Colquitt in returning to the Vikings, after both specialists became free agents.

His agency announced the move with a posting on Twitter.

Billings is the third defensive player to strike a deal with the Browns in the past 24 hours. The team reached deals with linebacker B.J. Goodson and safety Karl Joseph on Wednesday.

A fourth-round pick in 2016 from Baylor, Billings sat out his rookie season with a knee injury. He’s started 37 games, 30 over the past two seasons while recording 67 tackles, 3 1/2 sacks and 12 tackles for loss.

He’s expected to start up front with Sheldon Richardson and Larry Ogunjobi.

The Rams announced the charitable donation as the first gift heading into a virtual telethon in conjunction with KABC-TV, to be held next Tuesday. The money raised will benefit the food bank and United Way of Greater Los Angeles’ Pandemic Relief Fund.

The 38-year-old Whitworth agreed to a three-year contract Wednesday to stay with the Rams. He has spent the past three seasons with the Rams, while Goff was the Rams’ first draft pick after returning home to Los Angeles.

“Tough times, like what we’re experiencing now, really show you the true value and importance of community,” Whitworth said. “We’re here to wrap our arms around our hurting neighbors, let them know that they aren’t forgotten, and that we are here for them.”

The Buffalo Bills have confirmed signing safety Jordan Poyer to a two-year contract extension, which locks up the three-year starter through the 2022 season.

Poyer was entering the final year of the four-year contract. The deal was initially agreed to on Tuesday, and announced by the Bills on Thursday.

The 28-year-old has seven seasons of NFL experience and has been part of a formidable backfield alongside safety Micah Hyde and cornerback Tre’Davious White. The Bills allowed the fourth-fewest yards passing in the NFL last season, a year after finishing first in that category.

The trio has been together since 2017, coach Sean McDermott’s first in Buffalo.

Poyer has 11 interceptions in 47 games with Buffalo, and had a team-leading four forced fumbles last season. 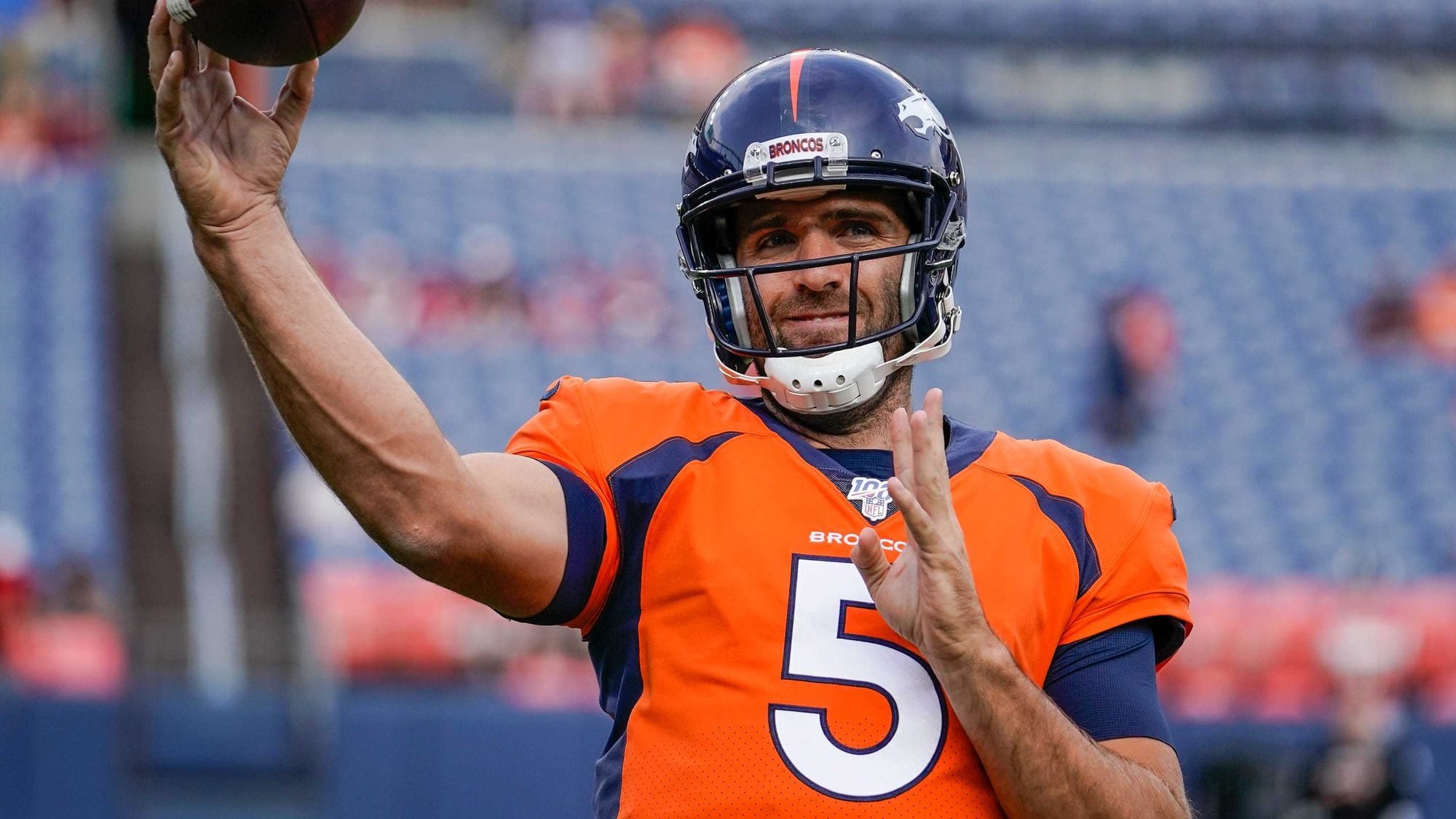 Another NFL veteran quarterback is on the open market. A person with knowledge of the move tells The Associated Press that the Denver Broncos are waiving Joe Flacco with a failed physical designation.

Flacco went 2-6 as Denver’s starter last season before a neck injury ended his season. He was eventually replaced by rookie Drew Lock, who went 4-1 down the stretch.

A person familiar with the deal says the San Francisco 49ers have agreed to a one-year contract worth about $3 million with free agent guard Tom Compton.

The person spoke on condition of anonymity because the deal can’t be signed until Compton passes a physical.

Compton will help fill the void created by the planned release of Mike Person. Person started at right guard last season but struggled in pass protection.

Compton is the first outside free agent to agree to a deal with San Francisco since the start of the league year. He has ties to Niners coach Kyle Shanahan having spent time with him in Washington and Atlanta. Compton also played in Chicago and Minnesota before spending last season with the New York Jets. 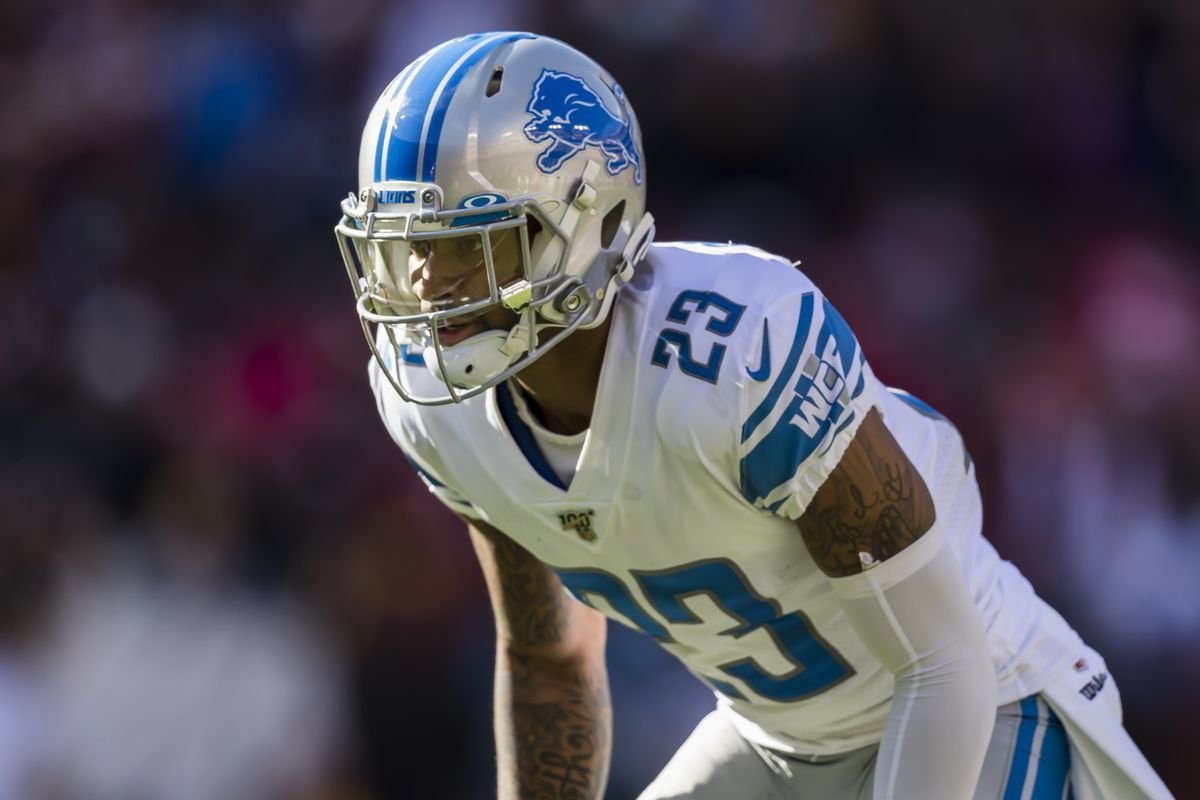 Darius Slay got what he was waiting for — a trade out of Detroit and a big new contract.

The Lions agreed to trade Slay to the Philadelphia Eagles, ending the standout cornerback’s seven-year stint in Detroit.

Agent Drew Rosenhaus confirmed the trade Thursday and that Slay has agreed to a three-year, $50 million extension with Philadelphia. The Lions drafted Slay 36th overall in 2013, and he earned All-Pro honors in 2017.

Slay wanted a new contract before last season and did not attend Detroit’s mandatory minicamp. He ended up reporting to training camp and played well enough to earn a third Pro Bowl nod.

Still, if there were any doubts about Slay’s wishes for the future, they seemed to be dispelled Wednesday night after ESPN reported that Detroit had reached an agreement with cornerback Desmond Trufant. Slay tweeted that he wanted out.

“Congrats to my guy!!!! Hope that speeds up my trade process!!” the tweet said.

Slay has 19 interceptions in his NFL career, including two last season.

ESPN, citing an unidentified source, reported that the Lions will receive 2020 draft picks in the third and fifth rounds for Slay.

The Eagles needed help in the secondary. Cornerback Ronald Darby is not expected to return, and the team is not bringing back safety Malcolm Jenkins. Philadelphia had the cap space and draft picks available to pull off a move such as this.

Eagles defensive coordinator Jim Schwartz was Detroit’s coach when Slay was a rookie in 2013.

The Lions are overhauling a defense that ranked 31st in the league last season. Detroit agreed to a two-year deal with defensive tackle Danny Shelton and a trade bringing safety Duron Harmon to the Lions from New England.

This could be a make-or-break year for Detroit coach Matt Patricia, who is 9-22-1 after two seasons at the helm. The defensive struggles have been particularly jarring, since Patricia was a defensive coordinator with New England before taking over the Lions.