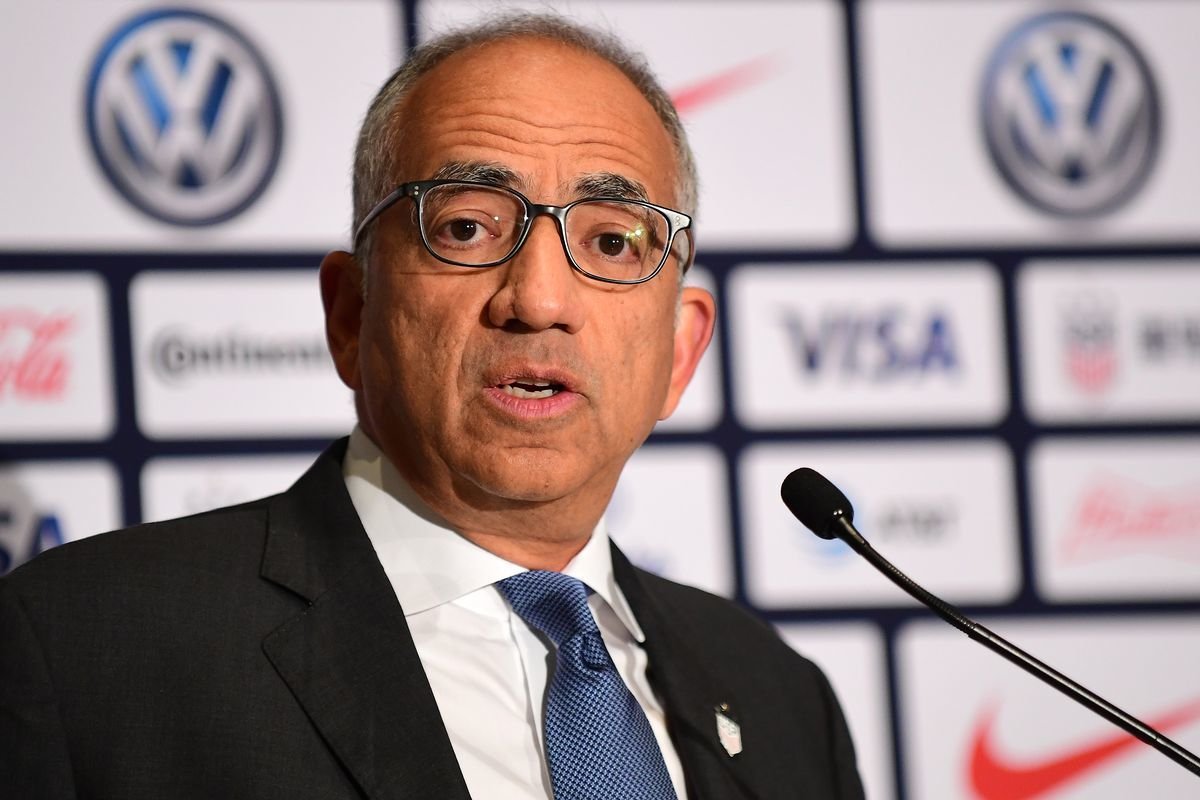 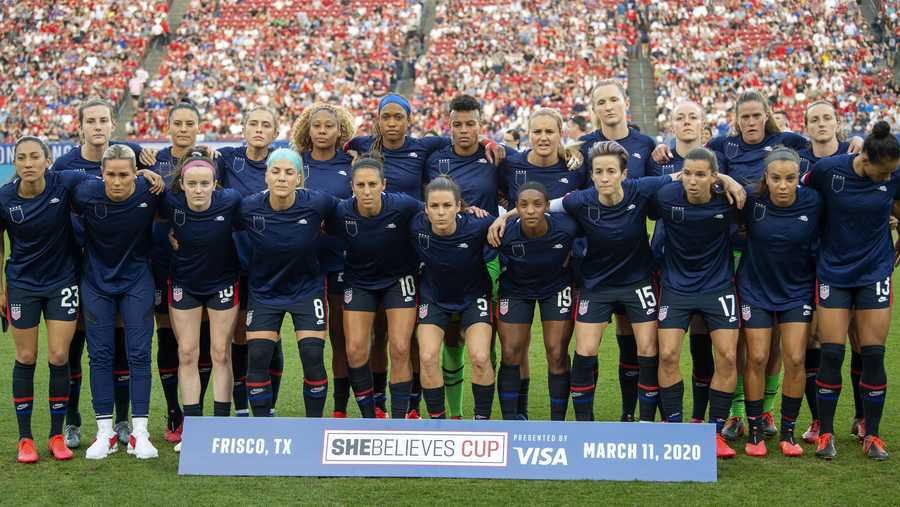 His decision elevated former American midfielder Cindy Parlow Cone to become the first woman president in the history of the federation.

Cordeiro announced his resignation on Twitter without even telling the federation's communications staff. He stepped down on a day several USSF board members issued extraordinary rebukes that criticized the governing body's legal filings. Among them were Major League Soccer Commissioner Don Garber and Cone, the federation's vice president.

A night earlier, U.S. women wore their warmup jerseys inside-out to hide the federation crest during the national anthem before a game against Japan. Several of the federation's sponsors issued this week backing the players and condemning the USSF, including The Coca-Cola Co., Anheuser Busch Cos. Inc., The Procter & Gamble Co. and Volkswagen Group.

Cordeiro said he decided to quit after discussions with the USSF board.

“It has become clear to me that what is best right now is a new direction,” Cordeiro wrote. “The arguments and language contained in this week's legal filing caused great offense and pain, especially to our extraordinary women's national team players who deserve better. It was unacceptable and inexcusable."

“I did not have the opportunity to fully review the filing in its entirety before it was submitted, and I take responsibility for not doing so. Had I done so, I would have objected to the language," he wrote.

The legal papers were submitted to federal court in Los Angeles as part of the USSF's defense of the gender discrimination filed by women last year. They claim they have not been paid equally to the men's national team and asked for more than $66 million in damages under the Equal Pay Act and the Civil Rights Act of 1964. A trial is scheduled for May 5.

“While it is gratifying that there has been such a deafening outcry against USSF’s blatant misogyny, the sexist culture and policies overseen by Carlos Cordeiro have been approved for years by the board of directors of USSF,” the women's players said in a statement by spokeswoman Molly Levinson. “This institution must change and support and pay women players equally.”

Cordeiro had issued a statement late during Wednesday's game against Japan apologizing for the arguments presented in the documents and added the federation had retained new legal counsel, a move the men's national team called “window dressing" and “a sleight of hand.”

She was elected to the U.S. National Soccer Hall of Fame in 2018. Cone was elected USSF vice president in 2019 and voted a full four-year term last month.

“I am hurt and saddened by the brief USSF filed,” she wrote on Twitter earlier Thursday. “This issue means so much to me, but more broadly to all men and women and, more importantly, to little girls and boys who are our future. I disavow the troubling statements and will continue to work to forge a better path forward.”

Garber's statement was especially telling. He is a member of the USSF board and CEO of Soccer United Marketing, the marketing arm of both MLS and the USSF.

“I expressed to the president of the federation in no uncertain terms how unacceptable and offensive I found the statements in that filing to be,” Garber said. “Those statements do not reflect my personal view, nor do they reflect the views of the Major League Soccer and Soccer United Marketing families. I intend to immediately address this issue with the U.S. Soccer board of directors.”

A former Goldman Sachs partner, Cordeiro was elected to head the USSF two years ago. He had been vice president before he took over from Sunil Gulati, who decided not to run for re-election after the men failed to qualify for the 2018 World Cup.

The declarations by the USSF of male physical superiority and responsibility drew widespread condemnation.

“The comments made by U.S. Soccer do not align with our values, nor our point of view on women’s soccer," Monica Rustgi, Budweiser's vice president of marketing, said in a statement. "We champion and admire the athleticism of the women in this sport as we find them to be among the best athletes in the world.”

The player protest before a 3-1 victory in the SheBelieves Cup provided a visual to built-up anger. Players hid the USSF crest on the jerseys but allowed the four stars — one for each World Cup title — to be visible. The players did not smile in the pregame team photo.

Players took to social media to voice their displeasure. Christen Press posted a photo of the unsmiling team, writing: “It is the great honor of my life to play this sport and represent this country. Every woman deserves equal pay and every institution anywhere that doesn’t value women as much as men must change now.”

DaMarcus Beasley, the only American man to play in four World Cups, said he was both annoyed and disappointed.

“Respectfully, this is a terrible stance by US Soccer,” Beasley wrote. “Our women are NOT inferior to men in any sense of the word. They are Olympic gold medalists and World Cup Champions!!! And incredible women!!”

Nashville midfielder Dax McCarty, a past member of the national team, wrote on Twitter the statements were “sexist, misogynistic and tone deaf" and also "horrifying."

In an interview following the game, Megan Rapinoe, the reigning FIFA Player of the Year, addressed young players.